Franco Morbidelli will miss this weekend’s Dutch Grand Prix after the Petronas SRT MotoGP rider injured his knee in training.

Morbidelli first disclosed the injury when he fell practicing a bike swap in practice at Barcelona, when he fell as his knee gave way.

The Italian has since aggravated that injury on Tuesday in another training incident.

The injury has proven enough for him to be ruled out of this weekend’s ninth round of the season at Assen.

A statement from SRT read: “Petronas Yamaha Sepang Racing Team can confirm that Franco Morbidelli will miss this weekend’s DutchGP due to an injury to his left knee sustained in training today.

“The injury is sufficient to mean Franco will miss this weekend’s event and he is undergoing medical assessment to determine the best course of action for recovery. 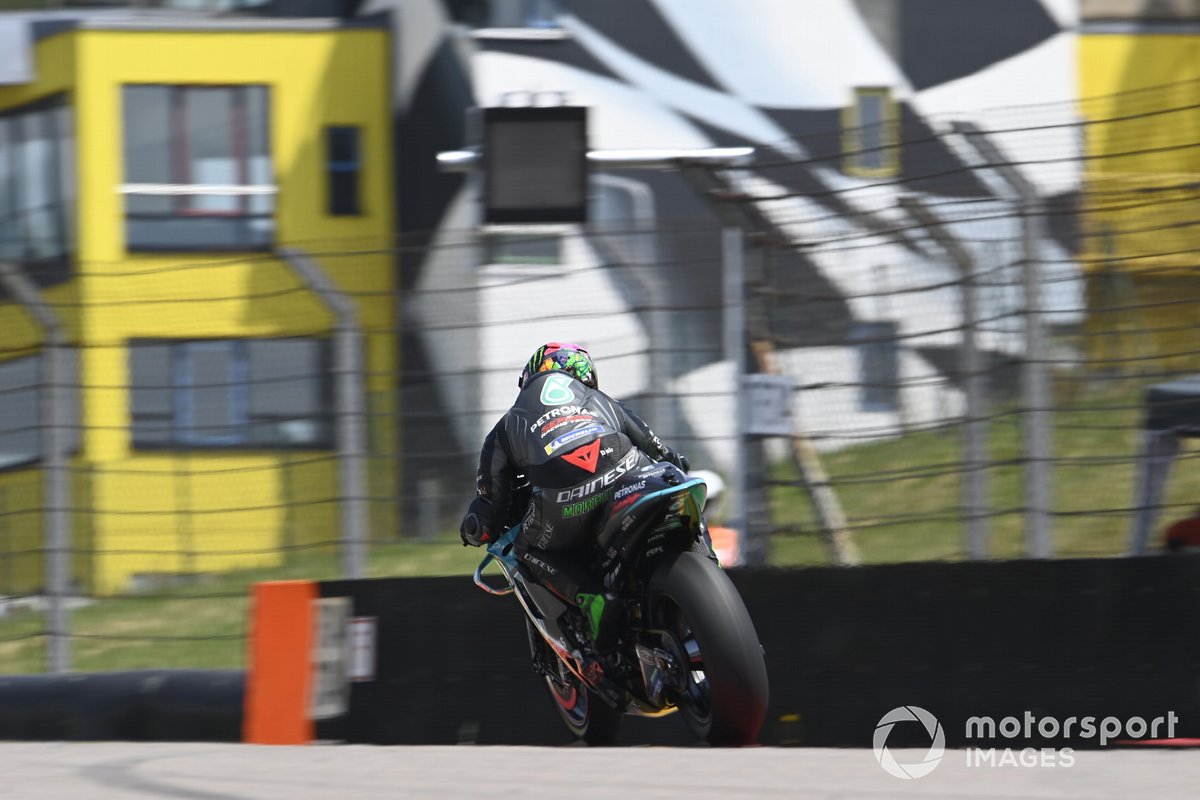 Last year’s championship runner-up, Morbidelli currently sits 11th in the standings after a tough season on his Yamaha.

Despite finishing 2020 as top Yamaha on its older ‘A-spec’ bike, Morbidelli was not given factory machinery for this season.

Morbidelli has previously spoken of his unhappiness at the situation, saying he had a frank discussion with Yamaha boss Lin Jarvis about it.

Despite his machinery woes, Morbidelli has still scored a podium in 2021, taking third at Jerez in May.

SRT has not said if it will replace Morbidelli for Assen, though it could open the door for Cal Crutchlow to return to MotoGP this weekend.

Crutchlow effectively retired from racing at the end of last season to become Yamaha’s test rider, but also acts as its reserve should any of the Japanese marque's riders get injured.