Franco Morbidelli says his late demotion to Q1 at the MotoGP Spanish Grand Prix left him facing “a safety issue”, as he didn’t have the necessary tyres prepared.

The Petronas SRT rider secured a place directly into the pole shootout session, but was dropped down to 11th after the session as he was deemed to have exceeded track limits on two of his laps in FP3.

This information was not relayed to Morbidelli until just before the FP4 session, leaving his team with little time to prepare extra tyres for Q2 should he advance.

Morbidelli did make it into Q2 and went on to qualify second, with the high temperatures averting a potentially dangerous tyre situation.

“It was right to cancel my lap time, both of my lap times this morning.

“Maybe it wasn’t right the timing, because I got informed really late and we didn’t really have the tyres.

“So we had to go and get the tyres and put them in the tyre wrap and warm them up and hope they warmed up enough for Q2 if I reached Q2.

“So, we faced a safety issue this afternoon. Luckily the temperature was high enough to ride with medium and soft, so to have more choices and more tyres to use. 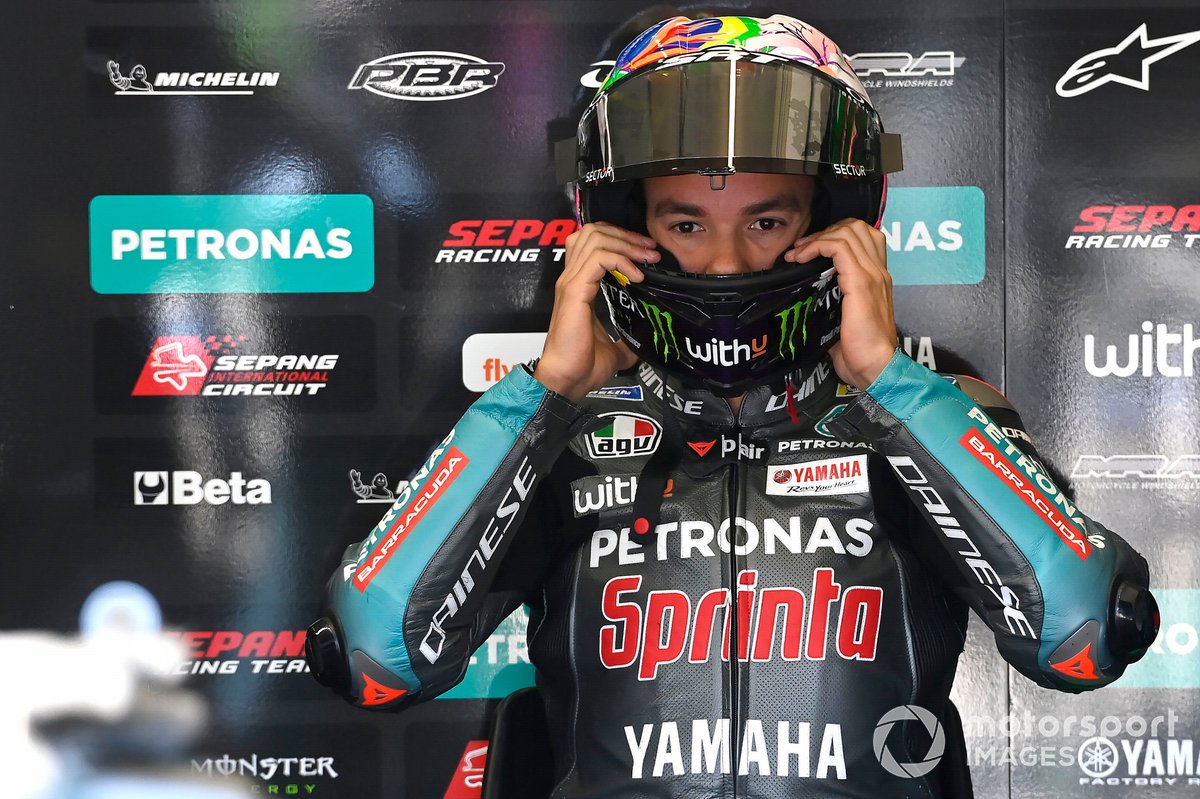 Poleman Fabio Quartararo on the factory Yamaha is confident he has pace enough to fight for his third-successive victory of 2021 on Sunday, but is wary of the amount of threats around him on the grid.

“That’s for sure, but we will do our best to stay at the front,” he said when asked about the potential for third-placed Jack Miller to jump him on the Ducati at the start.

“But it’s not only him. The first row, second row are all fast and we will try to do our best.

“We have the pace to fight for the podium and for the victory, but we need to keep it step by step and I feel like the drop of the tyres is good for us and the race here is very long.

“So, we will have time to manage.”