Just a week after securing the 2020 world title, Mir will have to start Sunday's finale in Portugal from 20th on the grid after a difficult qualifying.

Mir says the early part of his day was hindered by an electronic problem which Suzuki "in the wrong direction" having discovered the issue too late.

"It was a really difficult day because we had a problem, looks like it's the electronics of the bike and I was not able to stay on the bike well," Mir explained.

"It was a problem that we saw but when we realised 'oh it's that problem', it was too late and our day - it made our day in in the wrong direction.

"And we've been a bit lost this time, and when we realise it was already late.

"So, the important thing is that yesterday we've been talking about pace, [we're] quite confident, quite strong for performance.

"But I'm confident that tomorrow we will put all together to make a last race a great comeback."

Mir admits he regained some confidence on his Suzuki in FP4, but lost it for qualifying as he was worried about the electronic problem striking again. 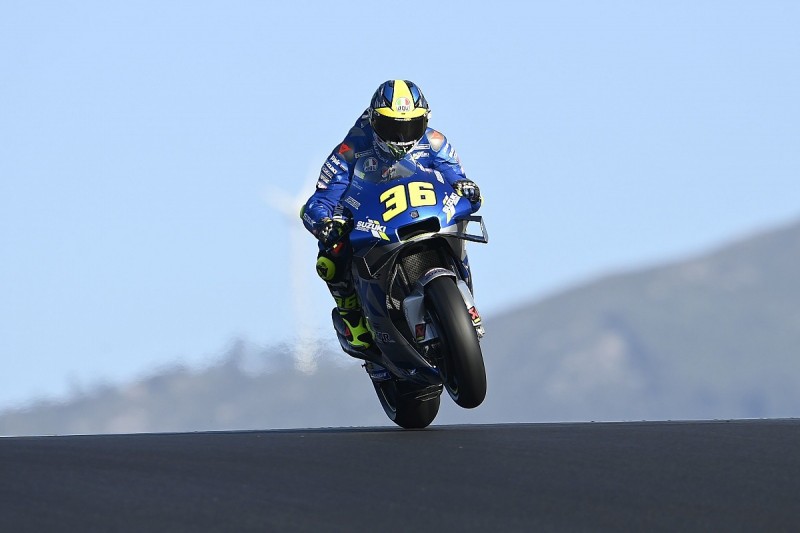 "Due to this problem we had to try different things to try to see what was the problem, and we've done these things, it's not the best tyre, it's a tyre I didn't feel great on," he said when asked why he used the medium rear in FP4.

"But today was a day lost because I was not able to find the good pace.

"When in FP4 when I used the hard I was able to recover again the good feeling, and then the last sector it was the oil flag and I wasn't be able to complete the sector but already the feeling, the great feeling came back.

"And then in qualifying, I was not with the confidence because I didn't know when this problem will come back, the problem that we've had.

"And I was without any type of confidence because I was a little bit scared sometimes because of this."

Despite the lost set-up time, Mir doesn't believe he is going into the blind as his pace from Friday was strong enough.

"I think that is clear that everybody will use the hard," he added.

"Yesterday, the lap times were strong. I was able to be strong and to have great pace.

"Of course, today the grip was higher and everyone goes faster, but our pace from yesterday was already competitive.

"So, we have to put it all together to make a great race."