Four-time MotoGP race winner Jack Miller said riding for Ducati was “a game-changer” for his career as he leaves the team to join KTM for 2023.

The Australian said during the season finale in Valencia that his time with the Italian outfit had been “an amazing journey”.

Miller returns to KTM next year alongside Brad Binder at its factory squad, having ridden for the Ajo team in Moto3 in 2014 when he was runner-up in the standings.

He said he hopes for “something different, something fresh” from the move, which comes after two seasons with Ducati’s factory team following his promotion from Pramac in 2021.

Asked whether last month’s Valencia Grand Prix would be an emotional weekend, Miller said: “No, not at all. Like I said at the beginning of this, I think it’s one of those weekends.

“It’s happened to me before, I don’t know if it’ll happen to me again, but it’s been a good ride.

“It’s been something that’s been a game-changer for me and my career.

“Up until coming to Ducati, I had one podium, which was a win in the wet, and we’ve had 20-something podiums now.

“It’s been an amazing journey, I’ve learned a lot, I’ve been through so many different configurations of the bike so I do feel attached to that side of things.

“That’s why the decision was mine at the end and mine only.” 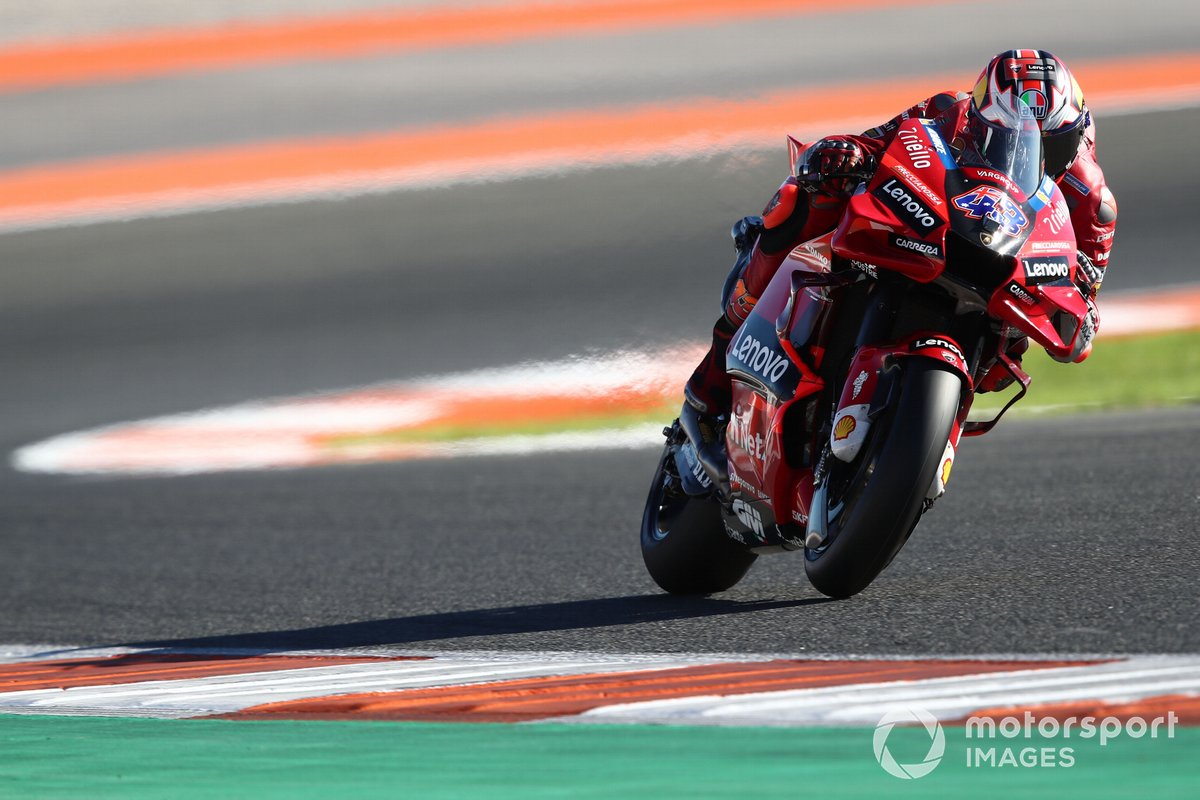 Miller joined Ducati with Pramac in 2018 before moving up to the factory team for the 2021 season.

He took three wins and 21 podiums in his five-year stretch with Ducati, having previously won just one race, the 2016 Dutch TT at Assen, with Marc VDS Honda.

Miller crashed out of the Valencia GP, his final race for Ducati, sliding out of fourth on lap 23.

He rode the KTM RC16 for the first time at the post-season test following the race, finishing 17th overall and 0.755s off the pace.

He is replaced at Ducati by Enea Bastianini, who moves up from Gresini to partner world champion Francesco Bagnaia.

Crutchlow: 21-round MotoGP calendar "too much" for teams next year