Ducati’s Jack Miller has slammed Aleix Espargaro as “arrogant” after an incident on the first day of MotoGP’s return to Indonesia in the Mandalika test.

MotoGP made its on-track debut at the new Mandalika International Street Circuit on Friday as pre-season testing resumed ahead of the 2022 campaign, marking Indonesia’s first grand prix motorcycle action since 1997.

The day was impeded by poor track conditions due to mud, forcing action to be halted for around 90 minutes on Friday morning while the surface was cleaned and a meeting between riders and Race Direction was had.

Honda’s Pol Espargaro topped the day with a 1m32.466s lap, while Aprilia’s Aleix Espargaro was second and Miller sixth on his Ducati.

But Miller was left fuming after an incident involving the elder Espargaro brother at the penultimate corner on Friday.

“He just slammed on the brakes in the penultimate corner and I almost ate him,” Miller said.

“Then I caught up with him and revved the bike. But he made it look like he didn't know. 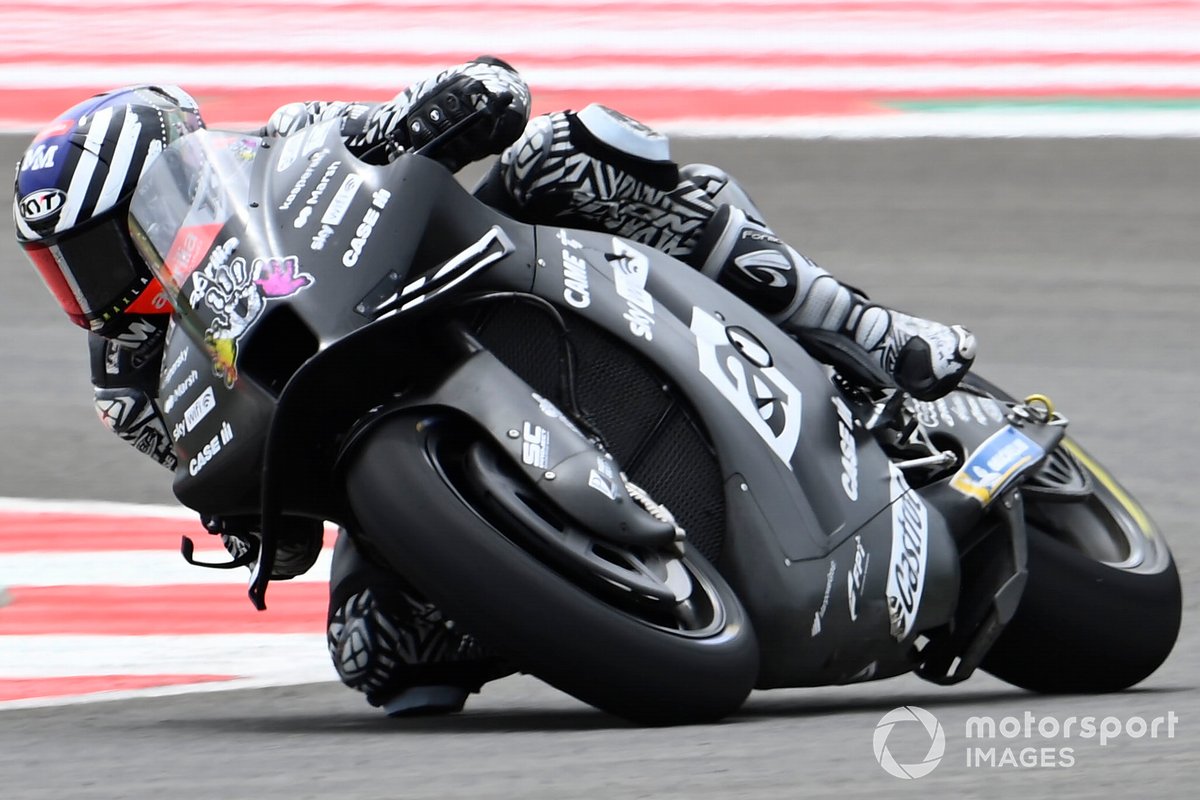 Espargaro didn’t comment on the incident on Friday, but was left angry by the events of the day.

The Aprilia rider said the track conditions were “unrideable” and was not happy about the solution of forcing the riders to go out and clean the surface following the red flag period.

“The track was not safe enough to ride sincerely, not at all,” Espargaro said.

“We’re quite used to riding a circuit where we have a lot of dust, remember also in Qatar [it’s dusty], normally the Thursday [but] it’s okay.

“But today was no matter of a little bit of dust, today the track was unrideable, it was completely unsafe and the decision that they made, the teams with Dorna, to force us to ride altogether to clean the track, I didn’t like it at all.

“I was very angry. I think obviously it works, because if you put 25 bikes to clean the track, you lap by lap clean a little bit of track.

“But it’s not the solution, I’m not here to clean any track.”

The condition of the track drew mixed comments from riders after Friday’s running, but Miller felt they actually helped Ducati somewhat as its focus was on electronic set-up.

“Yeah, to a degree,” he said when asked by Autosport if the conditions actually proved a blessing for Ducati.

“So, it was a good day to really try to sort elements.

“As we all know, the championship is long, we get all sorts of conditions.

“So, I think it’s kind of good that we don’t test in beautiful sunshine all day on a fantastic track that you can break lap records on.

“It’s nice to test on tracks that are more virgin and closer to what you get over a real race weekend.”