Jack Miller led a Ducati 1-2 in first practice for the inaugural MotoGP Styrian Grand Prix at the Red Bull Ring, while Johann Zarco was absent 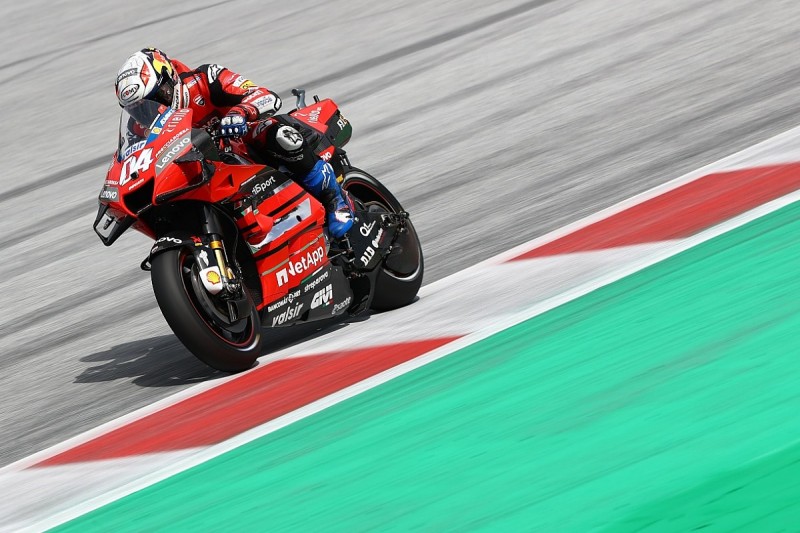