The reigning champion was the centre of controversy at Termas de Rio Hondo, where he was penalised for clashing with both Rossi and Aleix Espargaro and caused the former to crash.

Marquez had also been handed a ride-through penalty for illegally starting on the grid after stalling his bike, which demoted him from the lead to outside the points in the early laps.

But speaking in a press conference in Sao Paulo organised by sponsor Estrella Galicia, the Spaniard insisted he did not regret what happened because he felt he had to push to recover after serving his ride-through.

Asked if he would do anything differently if he were to repeat the race, Marquez replied: "No, because in that moment I felt like that. I had to do a comeback, giving my 100%.

"I would not do anything different." 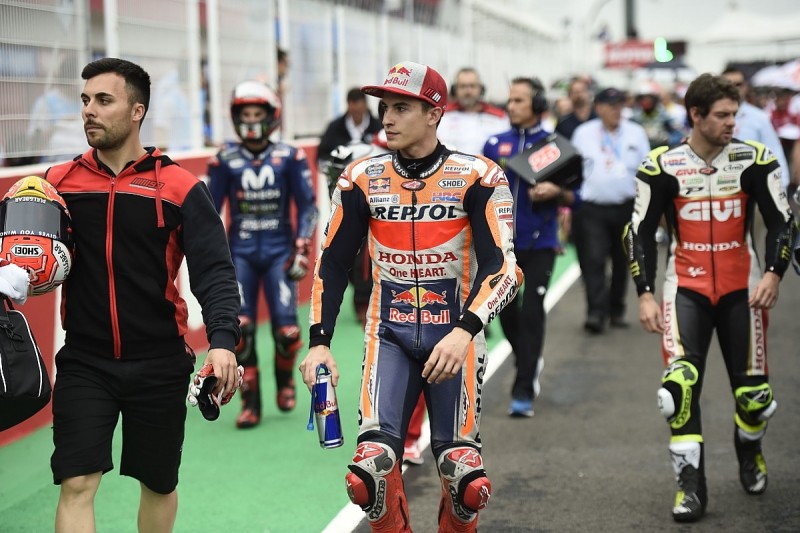 Marquez also pointed out that he was not the only rider to cause a crash during the race.

The second works Honda of Dani Pedrosa was taken out in an incident that was started by Tech3's Johann Zarco.

"At the start, my bike stopped, but it was not my fault," he said. "Everything started from there.

"About the incidents, it happened to a lot of riders.

"It happened to Zarco and Pedrosa at that same corner. Dani was injured after. There we didn't have any punishment.

"The important thing for any rider is [to] learn and know when you do something wrong. I did that, but I was penalised for what happened.

Marquez's 30-second penalty meant he finished outside the points in Argentina and now trails championship leader and Termas winner Cal Crutchlow by 18 points.