Marc Marquez will not return for the rest of the 2020 MotoGP season and will instead continue with his rehabilitation to target a comeback next year, Honda has confirmed

Honda cleared up speculation around six-times MotoGP champion Marquez returning for the final two races of the season by announcing Stefan Bradl will continue to be his replacement in both the Valencia Grand Prix and the Portuguese Grand Prix.

Marquez suffered a broken right arm during the first race of the reshaped 2020 MotoGP season at Jerez in July and after undergoing surgery, he attempted to return the following week at the Andalusian GP but withdrew after practice.

Marquez then had to undergo a second surgery in early August to replace the plate in his arm which had broken.

In late August, Honda announced Marquez would be "out of action for two to three months", which suggested that the rider could reappear in the final stretch of the championship.

But this possibility hasn't been reached amid his ongoing recovery and with Honda opting not to take risks as Marquez continues his rehabilitation, he will switch his focus to the 2021 season.

"As his recovery continues, Marc Marquez and the Repsol Honda Team confirm he will not participate in the remainder of the 2020 MotoGP season and aims to return to racing in 2021," a statement from Honda said. 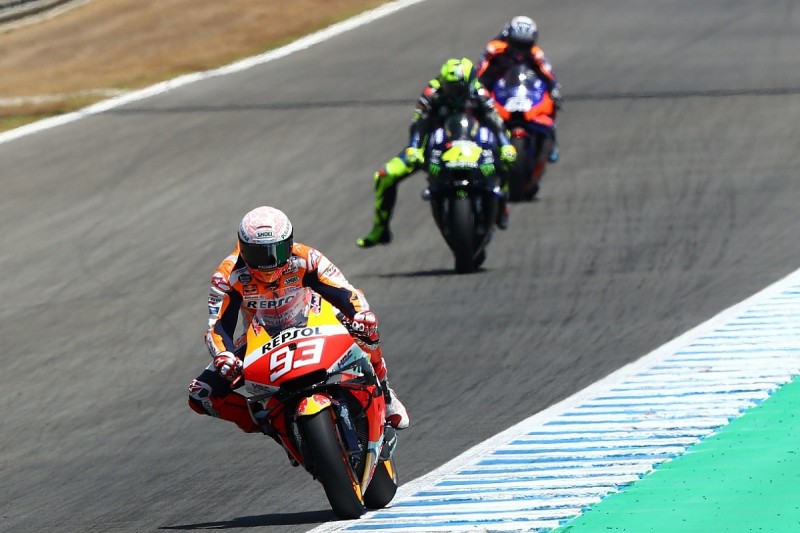 "Working through his recovery programme and tracking the progress of his arm, Marc Marquez in conjunction with Honda, his team and multiple expert doctors, has elected to officially delay his return to action until 2021."

PLUS: How Honda has fixed a bike that only Marc Marquez could ride

The German rider has secured three points finishes during his stand-in role, with the highlight of eighth place in the wet Le Mans race.

"First of all I want to wish Marc all the best in his continued recovery and thank HRC for giving me this opportunity," Bradl said.

"We have made a lot of progress since Le Mans and I have felt my level increase with more bike time and working with the Repsol Honda Team.

"The week of data will help us and the forecast is looking better at the moment. It's going to be a busy end to the year but I am looking forward to it."

Rossi explains why Suzuki's MotoGP package is so strong in 2020