Honda has announced Marc Marquez will sit out this weekend’s MotoGP Argentine Grand Prix following the shocking accident in Indonesia that left him with vision problems.

The six-time MotoGP world champion suffered a violent accident during the warm-up session on the Sunday of the Indonesian GP, when the rear of his Honda let go through the fast Turn 7 right-hander.

He was thrown from his bike and landed heavily on his right side, with Marquez suffering a concussion in the crash which ruled him out of the Indonesian GP.

On the flight home from Indonesia, Marquez began experiencing problems with his vision and was later diagnosed with a new episode of diplopia – more commonly known as double vision.

It is the same problem which sidelined him for three months and forced him to miss the last two rounds of 2021 when he suffered a concussion in a training accident.

However, Marquez said on his social media channels last week that the issue was not as bad as before and he has made good progress since.

Despite this, Marquez will sit out MotoGP’s return to Argentina this weekend and will likely be absent from the following Americas GP – which he won last year.

HRC test rider Stefan Bradl will take his place, though this is yet to be confirmed. 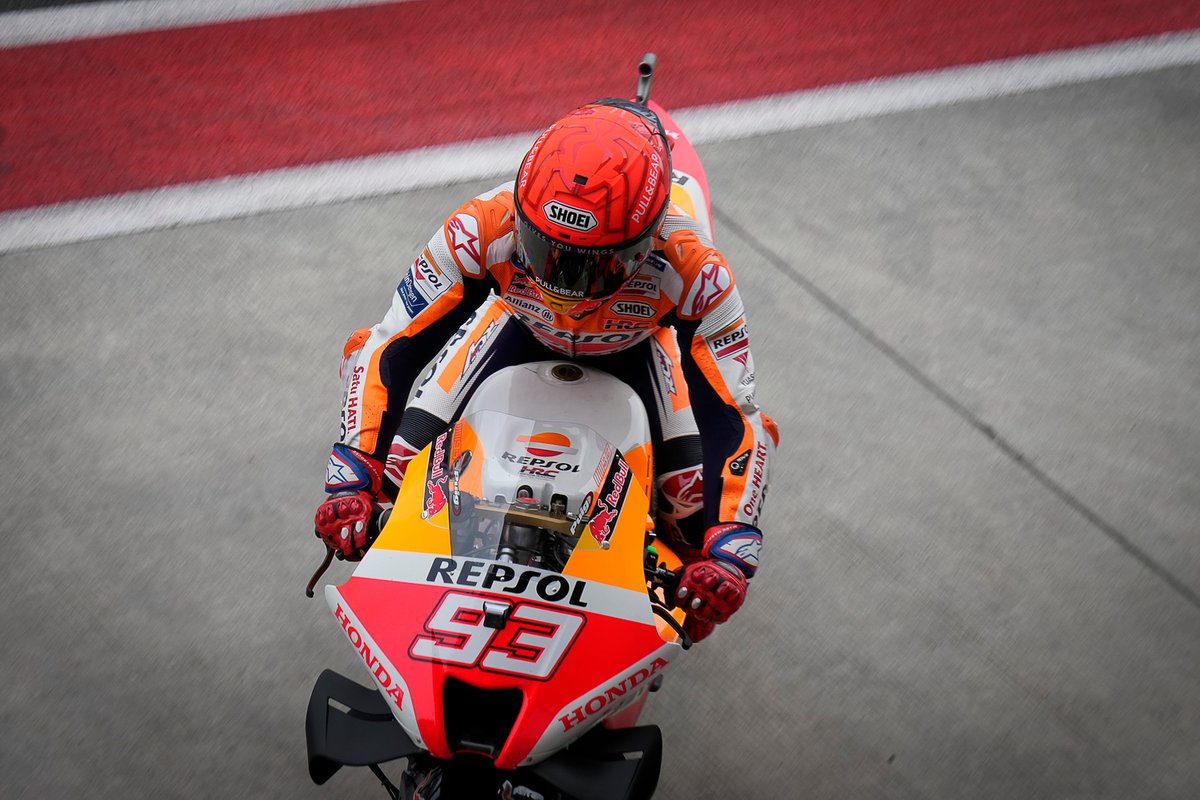 “The second neuro-ophthalmological evaluation carried out on Marc Marquez this past Monday has shown a very favourable evolution in the paralysis of the fourth right nerve affected by the fall that occurred at the Indonesian Grand Prix,” Marquez’s opthalmologist Dr Sanchez Dalmau said.

“Recovery is not yet complete, and Marc Marquez must follow the established therapeutic regime with conservative treatment.”

Marquez’s Indonesia accident capped off a miserable weekend for Honda, in which a change in tyre carcass to a design not used since 2018 caused the marque’s riders extreme rear grip problems.

Michelin elected to bring the stiffer construction rear after the standard 2022 tyres blistered during February’s pre-season test in Indonesia.

Honda has not outright blamed Michelin for Marquez’s crash, but team boss Alberto Puig said it had to work with the tyre manufacturer to understand what went wrong after HRC topped the Indonesia test on the standard 2022 rubber.

Following the Indonesia tyre controversy, Michelin boss Piero Taramasso suggested Honda had problems because it simply did not understand how to set-up the bike around the older construction rears.

This led to Honda boss Puig delivering a lengthy and firm response to Taramasso’s comments in a statement exclusively given to Autosport.

2022 MotoGP Argentine Grand Prix: When is it, start time and more