Marquez: Quartararo rides like Lorenzo at his MotoGP peak on Yamaha

Lorenzo spent nine years at Yamaha, beginning with his debut season in 2008, and won all three of his MotoGP titles - in '10, '12 and '15 - and scored 44 of his 47 premier class race victories with the manufacturer.

Quartararo's debut season aboard the Petronas SRT-run M1 has been impressive, with four pole positions - the same tally as Lorenzo managed in 2008 - and five podiums, leading many to mark him out as a future title contender.

Speaking after beating Quartararo in another last-lap battle in Thailand, Marquez said the rookie's way of riding echoed that of Lorenzo's during his Yamaha tenure.

"Fabio is riding the Yamaha in a good way," said Marquez. "I have some memories of the past, and [Quartararo has a] similar riding style to Jorge's when he was at the best level at Yamaha. 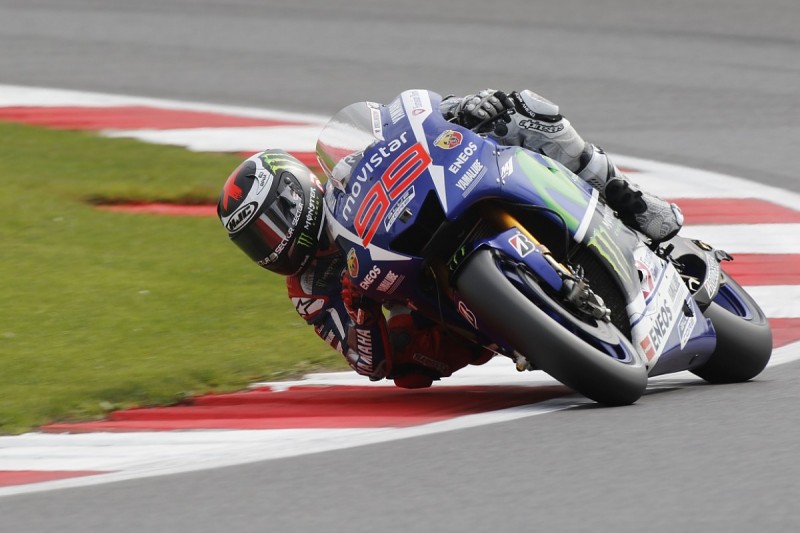 "So, he's riding the Yamaha [well], he's using all the track and he managed the race well.

"I mean, he was very, very fast during all the race. But, of course, we have some strong points [with the Honda] - that is the engine at the moment.

"But they [Yamaha] have another very strong point, which is the rear grip.

"I mean, T3 [sector three], T4 [sector four] it was impossible with our bike to follow them. "He's improving a lot and will be one of the main contenders for next year."

Marquez labelled Quartararo as the "outsider" coming into the season and admits he "didn't expect" the SRT rookie to be as strong as he has been.

"About the season, I expected everything; just I didn't expect this guy [Quartararo to be] at that level," Marquez added.

"Now he is in a very good level. About the rest [of the field], I expected a very consistent [Andrea] Dovizioso, a very fast [Maverick] Vinales in some races, maybe Suzuki [to be there as competition].

"Fabio was maybe the outsider, the guy that nobody expected. Step-by-step he was faster and faster.

'Sometimes my best is disappointing' - Lorenzo on 2019 nightmare