Honda’s Marc Marquez revealed he had to take some painkilling injections prior to the MotoGP Austrian Grand Prix owing to pain in his recovering right arm.

Marquez was involved in the battle for victory in much of Sunday’s 28-lap Red Bull Ring race, ultimately finishing 15th after a late crash following his switch to his wet bike on lap 25 when he was leading.

Though he won at the Sachsenring in June, Sunday’s Austrian GP was the first time in 2021 we’ve seen Marquez strong at a circuit that puts a lot of force through the right side of a rider’s body.

However, he admitted afterwards that the pain experienced in the arm he badly broke last year forced him to inject an over-the-counter painkiller Enantyum this weekend – something he has been forced to do at all but the German and Styrian GP weekends.

“Except in Germany, where it didn't bother me, and last weekend, almost all the rest, I would say three or four times more, I've had to do it,” Marquez said of taking the painkillers. 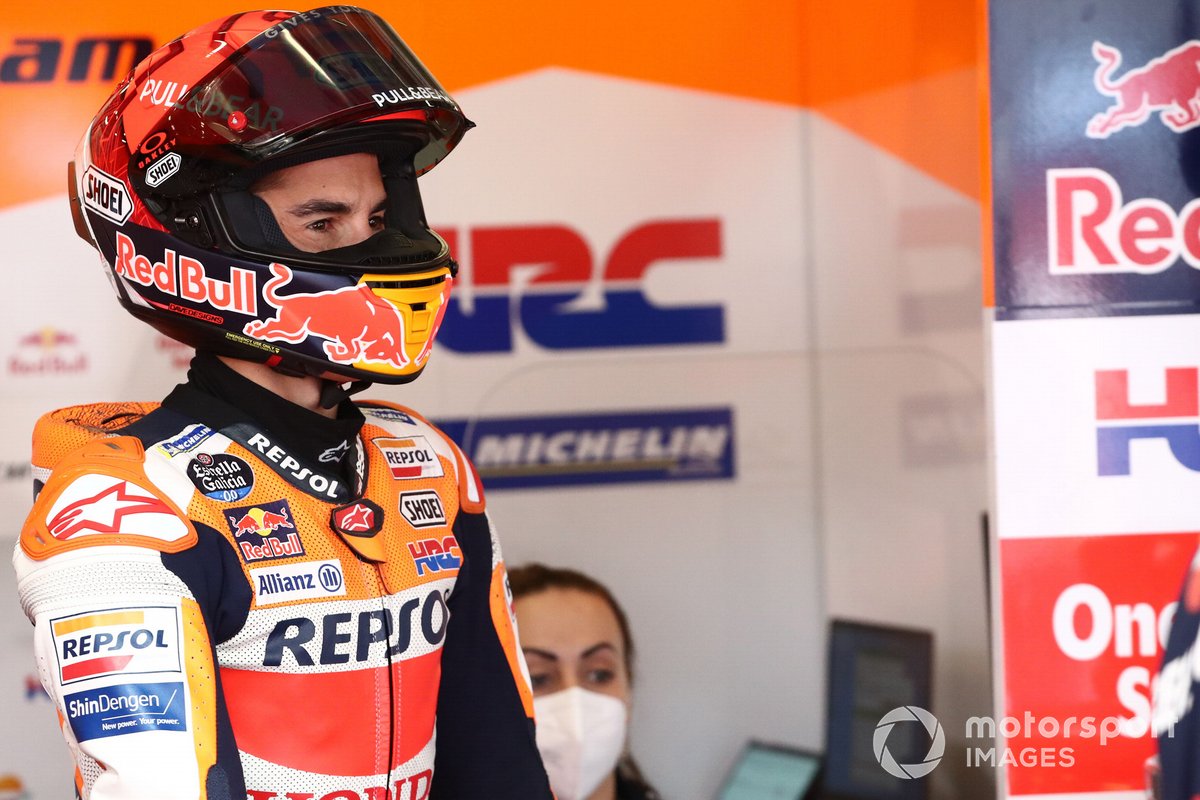 “It depends on the feeling I have, it's Enantyum that you can buy in the pharmacy, they infiltrate it in the muscles because that way it has more effect and it works faster.

“I try to avoid it because I know that tomorrow I will be worse, but in the race it always helps, you have pain, but you can do a little more strength.”

Despite crashing in Sunday’s race, Marquez says he was “very happy” as he was able to show “a good level” in dry conditions.

Key to his pace in the dry was his decision to make a late switch to the soft rear tyre, while the rest of the grid went with the medium.

While this looked like a gamble and suggested Honda expected a flag-to-flag race, Marquez says it was the only tyre he felt good on and admits he was “praying” for the rain to stay away late on having initially hoped there would be a deluge.

“Yeah, I mean of course from outside it looked like a gamble, or just they [Honda] take a risk,” Marquez said when asked by Autosport how he made the soft tyre last so long.

“But yesterday we tried it in FP4 and the performance was not bad.

“And with our experience, this tyre is working well and with Michelin tyre sometimes you need to forget about [the concept of] soft, medium and hard.

“You need to just try to understand the feeling and for our bike this year we’re struggling a lot with the rear grip.

“So, with the soft one at least we can ride well for 10 laps, 15 laps. But for some reason, I don’t know why, in the end of the race I felt much stronger than the first part of the race.

“But it’s good news today that we were able to ride fast, consistent, but I already say to Honda it’s not enough.

“We need to keep working because it’s true that I was there, but I took a lot of risk.

“So, if we want to fight for the championship in the future next year we need to be a little bit faster, just improving some points.”