Marc Marquez says his MotoGP Valencia Grand Prix crash was caused by him braking too late and struggling with torque problems.

The Honda rider crashed out of the title decider on lap 10 of 27, having been running in fourth before sliding off at Turn 8.

Marquez said he was losing time at Turn 1 throughout the weekend, with the RC213V difficult to stop in a straight line, before finding the torque was “not the same like in practice” at the start of Sunday’s race.

The six-time MotoGP world champion says braking is one of the key areas which needs improving for next year’s bike, with late braking on the current bike causing added risk.

Asked whether he crashed because he couldn’t stop the bike enough, Marquez said: “No, it’s because I brake too late.

“From the beginning today, already from the start, I realise there was some problem, because if you check my stats during all the year, I start always good and today I lose positions. I immediately felt something.

PLUS: Why the 2022 MotoGP season had a bittersweet ending

“Then was I was riding I feel like torque up, the torque was not the same like in the practice, and then when I arrive in the box and they analyse, they realise the problem, and it was there.

“I was fourth, I saw that every tyre was more far from the podium, at one point I said okay go, and I was braking too late.

“It’s normal, when you’re braking too late, you can make time for one lap, for two, for three, but 27 laps pushing you have a big chance to lose the front.” 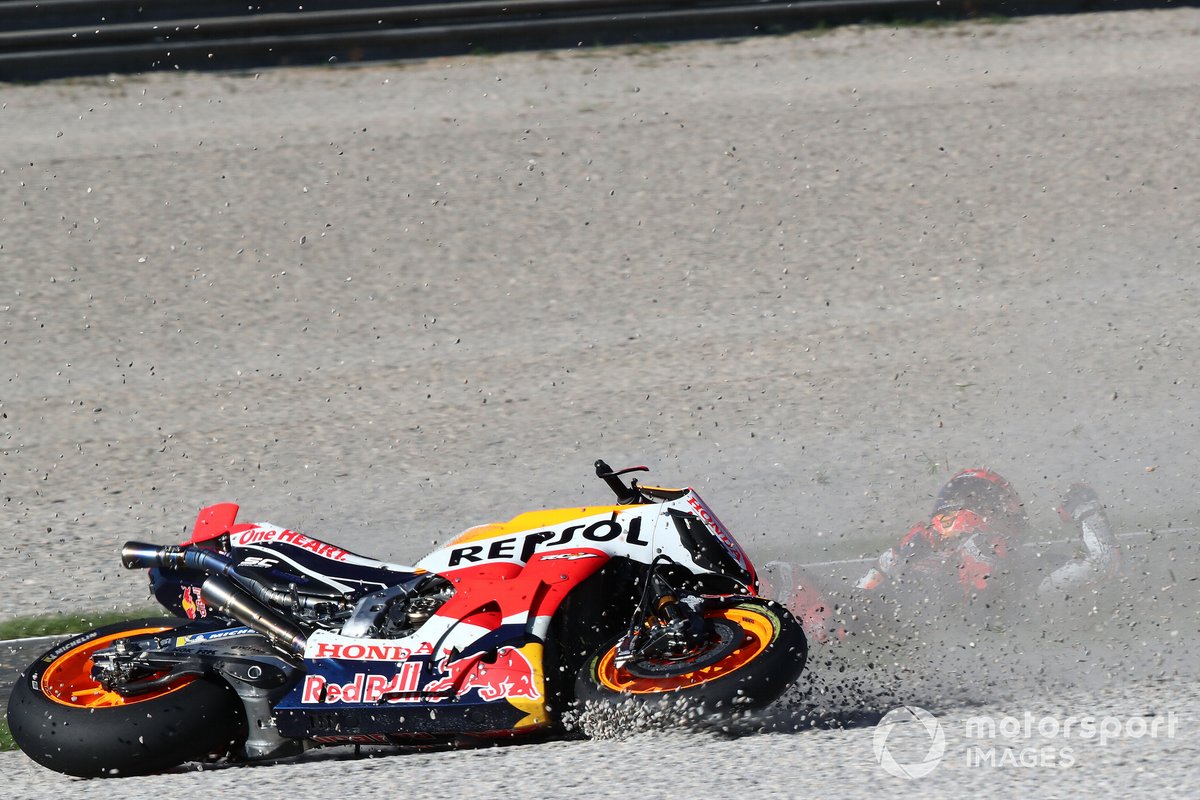 Marquez had a “difficult” 2022 season, missing eight rounds, six of which were after undergoing further surgery on his right arm.

Speaking ahead of Tuesday’s 2023 pre-season test, he said he is “happy to finish the season, because it was a strange season,” and added that he is looking forward to trying the first iteration of next year’s bike.

When asked by Autosport if he was happy to close the chapter with the 2022 bike, he explained: “First of all my personal, professional side with the injury.

“But then of course with the bike we had some difficulties, it was difficult.

“We had too many problems, today we had another problem in the race and we must understand why something always happens during a race.

“It’s so difficult to have a weekend without any problems, so if you want to fight for the championship, you must be consistent in all the aspects.

“But it’s the philosophy, the first step, so looking forward to see if it’s the correct one for the future.”