Franco Morbidelli says a “magic modification” from his Petronas SRT crew chief “rewarded” him with his first MotoGP podium of 2021 in Sunday’s Spanish Grand Prix.

The 2020 championship runner-up endured a torrid start to the year in Qatar, but was a factor in the Portimao podium battle in fourth two weeks ago.

At Jerez, having qualified second, Morbidelli struggled to run the pace of Yamaha stablemate Fabio Quartararo and eventual winner Jack Miller early on.

But an arm-pump issue for Quartararo offered Morbidelli a podium shot, with the Italian ending up third behind Miller and his Ducati team-mate Francesco Bagnaia.

He says a change to his two-year-old M1 in warm-up on Sunday offered him better grip for the race, which he could use to ride “aggressively”.

“It was an incredible race,” Morbidelli said.

“I pushed so hard throughout all the race, very few braking zones I was sure I was going to stop.

“All the other ones were question marks. But finally, I was able to gain and give that extra with this kind of effort.

“We were finally rewarded with this podium. The team also did a wonderful job. 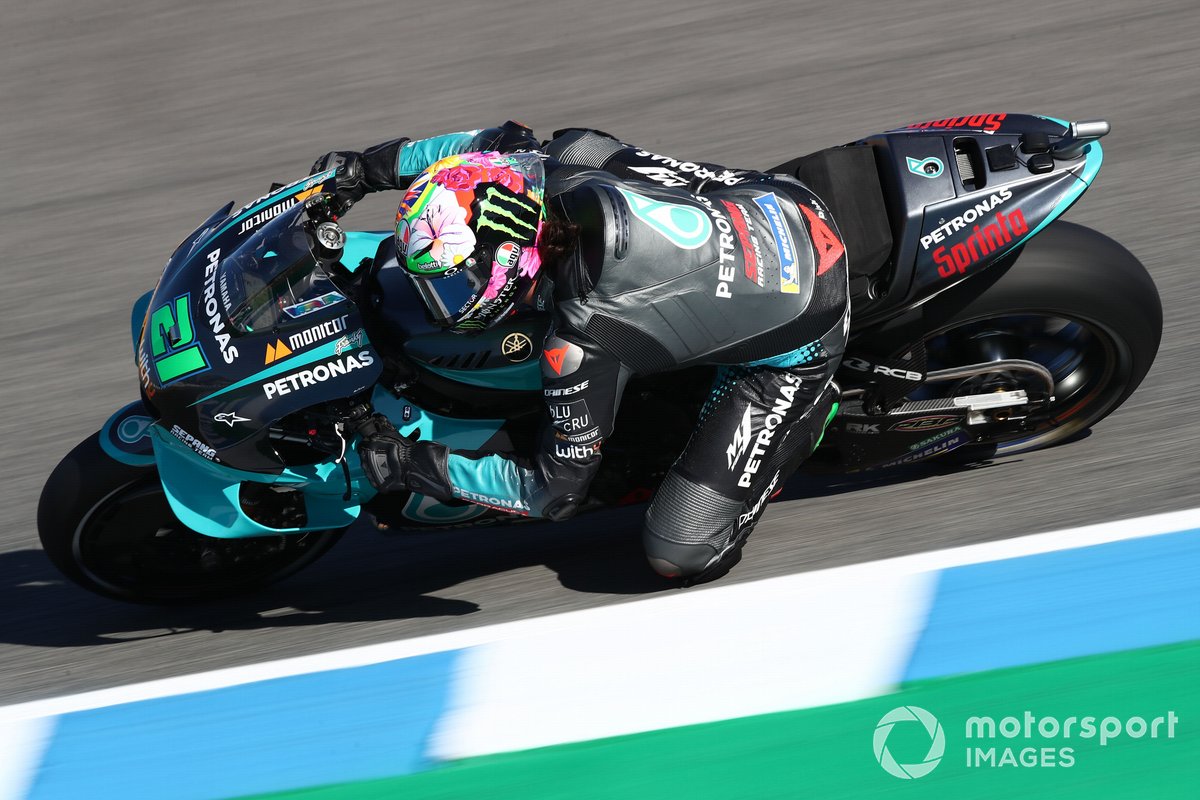 “I’m really pleased with the result and I’m happy.

“We increased the grip this morning and it paid off. It really paid off.

“I felt in the race there was less grip but finally the modification we did allowed us to not feel it so much.”

Morbidelli has not hidden his dissatisfaction at his bike situation in 2021, having been forced to remain with the older ‘A-spec’ M1.

This made his Jerez podium “wonderful”, especially as MotoGP has become “harder this year”.

“Feels wonderful to be on the podium with what we have,” he added.

“The championship got harder this year, for sure, and we needed to step up our game in order to stay in a similar position to last year.

“And I think we are doing that by going outside of our comfort zone, trying to risk a lot.

“But it paid off in Portimao and it’s paying off today and I’m really enjoying this moment.”