The Belgian outfit was reported to be facing an uncertain future amid a growing dispute between team owner Marc van der Straten and team manager Michael Bartholemy.

But, in a brief statement issued after Sunday's Jerez race, Marc VDS insisted it will continue to participate in MotoGP until the end of the 2021 season.

Van der Straten said: "To the people of the MotoGP paddock and the race fans. I have heard many rumours in the paddock this weekend about our team and I want to make the situation clear for everyone.

"We will continue to race competitively, as we do now, until 2021.

"That is my intention and that is exactly what we will do."

The apparent rift between Belgian brewing magnate van der Straten and Bartholemy, which grew more apparent during the Spanish Grand Prix weekend, arises from a disagreement over the management of the resources of the team.

It is understood that the dispute has already escalated into a legal matter, with lawyers involved. 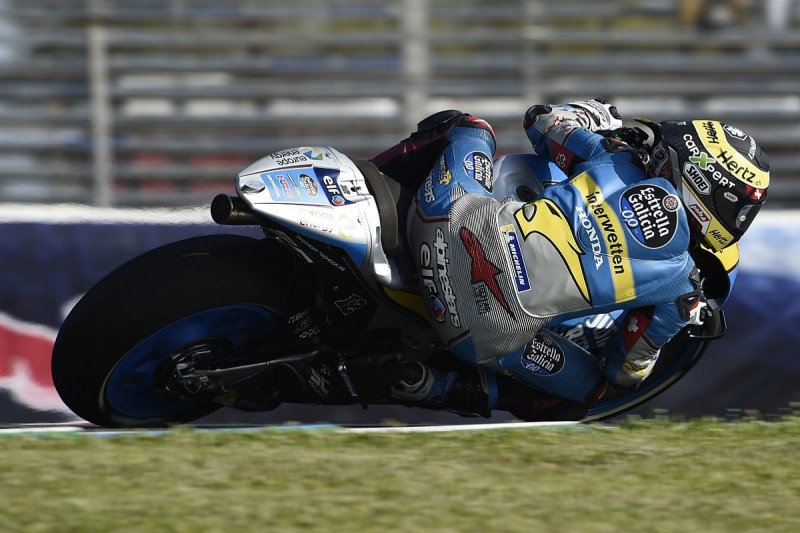 Marc VDS currently runs a pair of Hondas in the premier class for rookies Franco Morbidelli and Thomas Luthi, and Kalex bikes in Moto2 for Alex Marquez and Joan Mir.

The team is currently in negotiations over its bike supply for 2019, having made it clear its dissatisfaction with Honda.

Marc VDS is understood to have had a Yamaha offer on the table for some time, with the Japanese manufacturer seeking a new partner after long-time satellite Tech3's decision to join KTM instead.

Though Marc VDS had been holding out for a potential Suzuki deal, it emerged last week that Suzuki bosses in Japan are not keen on having a satellite MotoGP team in 2019.