The Honda MotoGP bike has garnered a reputation for being difficult to ride in recent years, as reigning Moto2 champion Morbidelli - who is stepping up to the premier class with Marc VDS - found out through a series of crashes during the Thailand test.

But the Italian believes that going over the limit is necessary in order to get the most out of the Honda - and reckons Marquez, who crashes frequently in testing, practice and qualifying sessions, is an example to follow.

"Usually I don't like to crash, I wasn't a crasher in Moto2, I had very few crashes," Morbidelli said after pre-season testing in Qatar.

"But I understood that with the bike, if you want to understand the limit, you have to crash.

"You have to push and try to reach the limit and it's really easy to crash when you're trying to find the limit.

"But Marc is teaching us. He told us that crashing is the way. We don't have to be too greedy on that way but if you want to learn quickly, you have to push a lot. 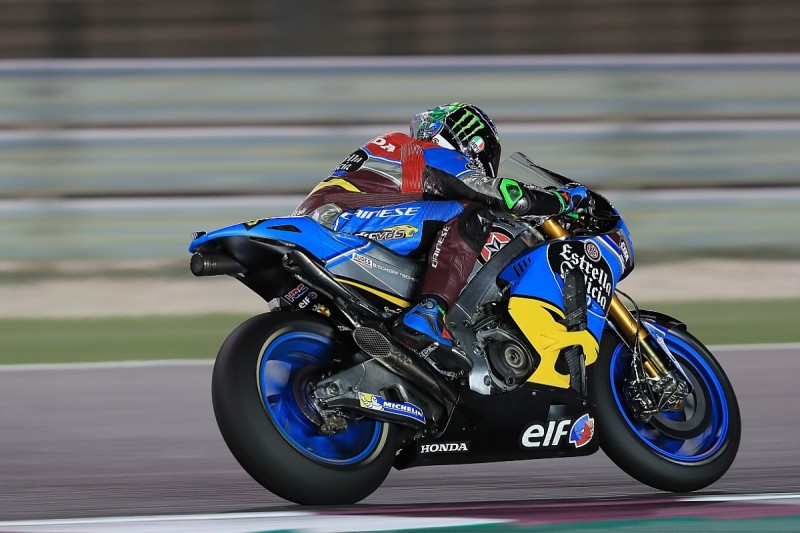 The Italian has access to data from Marquez's and Dani Pedrosa's factory Honda bikes from 2017, which he says has been of huge benefit to him in preparations for his rookie MotoGP season.

Morbidelli had a strong test in Qatar, finishing the final day with the 12th-fastest time, 1.1s off the pace-setting Yamaha of Tech 3 rider Johann Zarco.