Marc Marquez admits “I’m not enjoying” riding right now in MotoGP due to the physical limitations he is trying to recover from following his career-threatening arm break last year.

The Honda rider badly broke his right arm in last year’s Spanish Grand Prix and was ruled out of the rest of the COVID-shaped 2020 campaign, while he had to undergo three operations on the injury.

He finally returned to action in Portugal in April and has since won the German GP, while adding a second to his tally last time out at Aragon to be the top Honda rider in the standings in 10th.

But these results came on anticlockwise circuits where the strain on his recovering right arm and shoulder is lessened, with Marquez admitting repeatedly this year that he cannot ride in the manner he used to because of his physical condition.

Ahead of this weekend’s San Marino GP at Misano – an event Marquez has won three times in MotoGP – the Honda rider admits his current situation is making riding unenjoyable for him.

“At the moment, it’s true I enjoy a few laps, a few corners, but when you have pain you don’t enjoy it.

“Now we are at where I start to enjoy in some moments, the target is to enjoy it more.

“When I will enjoy it on the bike, I will be more competitive.” 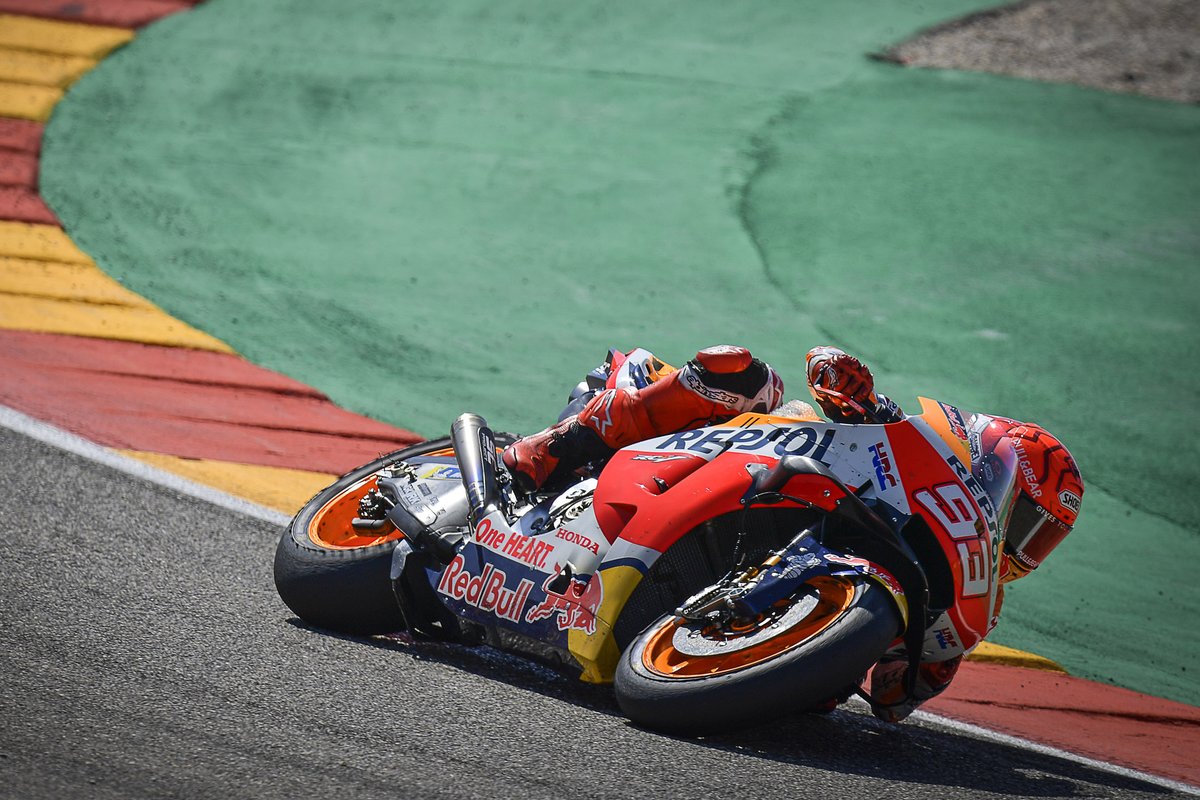 Marquez ruled out the prospect of undergoing a fourth operation on his right arm in the off-season, but notes he is currently having to take three days off after each race to recover his arm before getting back into training.

“At the moment, the plan is to try to understand how to improve these last races, and especially after Austin we have then two weeks [off] and [I] will try to work a little bit at home to see if we can do a step,” he added.

“Now we arrive from a race track and I need to take a rest for three days, which is a lot, but if not I feel pain.

“And then I train for two, three days more, and then I’m already flying to another race track.

“Still, I have a specific plan, but now at the moment we try to work. To try to work is the plan, then we will understand. But plan A is to work on myself.”