After topping the morning session, Marquez was sixth in the afternoon - three tenths of a second off the pace but still the fastest of the Honas.

Marquez revealed that he had been sick throughout the day and while it did not prevent him from being fast over a single lap, it limited his focus and consistency.

"I was riding in a strange way, I was not concentrating 100% because I was sick and it was difficult to understand everything but we worked for the race distance.

"When you are not physically 100%, especially when you have a fever and everything, you are able to be fast because you have this instinct but not the way to understand the bike, to concentrate and to be constant.

"For example, I am a rider that is able to do all the laps at 100%, and today just I did some laps 100% and then slowed down to 80% because I feel like the reactions and everything were slower than normal. Then it becomes dangerous.

"Just experience [told me to] slow down a little bit, we are on Friday and tomorrow we will try to push in a different way."

Marquez added that his condition has been getting better since Thursday, so he is optimistic for his health over the race weekend.

"It looks like the good thing is that it is becoming better already," he said.

"Yesterday was the worst day and today is becoming better but it needs time." 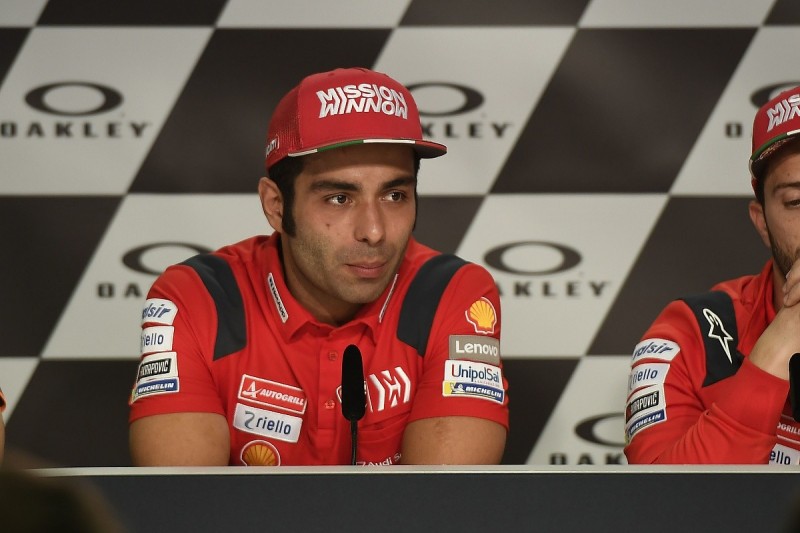 "I'm struggling a lot with my body. I have bad flu and I'm taking antibiotics," said Petrucci, who then rued having ridden to the circuit on a road bike alongside Andrea Dovizioso in an event organised by Ducati.

"I feel very weak. I have some fever, unfortunately. Maybe it was not the right decision to arrive here with the bike under the rain, but anyway we'll try to be better tomorrow."