Marc Marquez says when he feels ready to return to racing in MotoGP in 2022 it will not be to do “one race and then stay at home”.

The six-time MotoGP world champion will return to riding for the first time in three months since his fourth major arm operation on Tuesday at the post-San Marino Grand Prix test.

Declared fit by MotoGP doctors on Saturday at Misano, Marquez admits he’s not sure if he will do both days of the test and will only know afterwards if he can make the Aragon GP the following week.

But he is insistent that when he feels he is physically ready to race again, it will not be to do just one and then miss the next to recover.

“When I return, it’s because I want to race all the races,” Marquez said on Saturday at Misano.

“Not one race and then stay at home. When I come back it’s because the intention is to race all the races.

“But more for me than Honda, because it’s better to try the bike in a test with no pressure than in a race weekend. 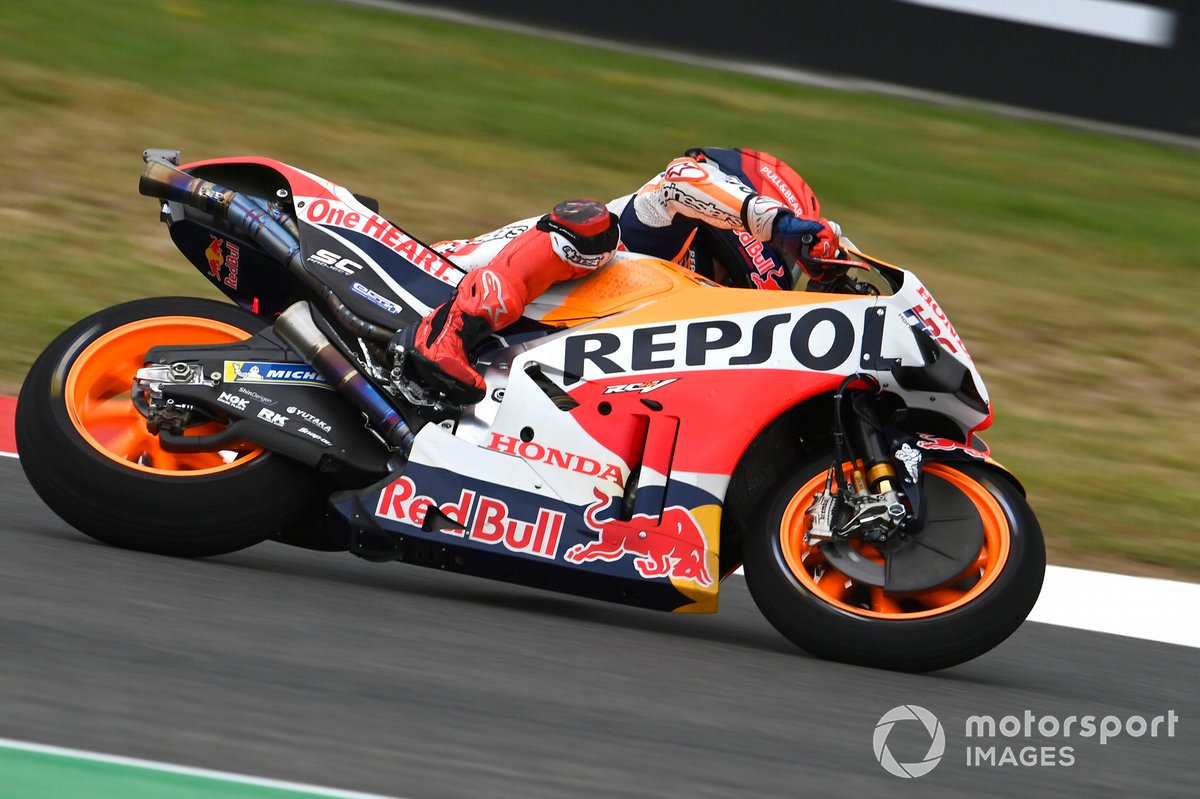 Marquez rode a motorcycle for the first time last week at Aragon, when he took a Honda CBR600RR around the kart track.

He admits he is still not able to ride in his natural way, but says this is a product of living and riding in 2021 with a right humerus bone that had rotated 34 degrees.

“Now, no. I mean, it’s true that we are going in a good way with the rehabilitation,” he said when asked if he could ride naturally yet.

“I was working with elastics, then last week and a half I start to increase the work in the gym.

“But the muscles need to take time [to heal], but more than the muscles was I was riding and living with one arm 34 degrees rotated.

“Even the muscles I feel some stretching where it’s not good.

“All the things are going in a good way, but it needs time. The doctors say to me from now on maybe in the wintertime you can do the last steps.

“But the important thing is I have an acceptable level to ride a bike, but not like I want. I still have a long way to go.”