Lorenzo needed to win with Marquez than fourth if he was to retain his title, and admitted to slowing the field up in the early stages of the race to try and drop the rookie into the clutches of Valentino Rossi and Alvaro Bautista.

That led to Marquez's Honda team-mate Dani Pedrosa attacking Lorenzo for the lead, with the two trading places throughout the opening laps and making significant contact on two occasions.

The second forced Pedrosa off track at Turn 2, and though he recovered to finish second, Race Direction saw fit to investigate the incident - though no action was taken.

Marquez defended Lorenzo's riding style, despite being criticised by his rival for his own actions earlier in the season.

"We are here for racing, we are here to fight always inside the limits," he said.

"Jorge all year complained about me; complained that I might [injure another] rider. And there he had some movements even stronger than I might want.

"But anyway, I was [supportive of his riding] because I think we are here for racing, and he was fighting for a title. 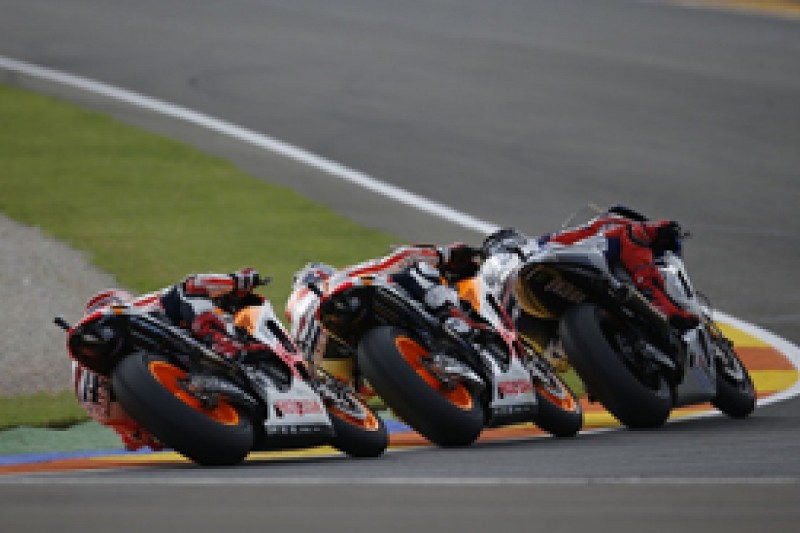 "He tried to slow the race, and for that reason he did that movement [passing Pedrosa at Turn 2]."

"I think for the show they need to be a little bit open-minded," he added.

"Jorge was fighting for a championship. He stopped the race, but he did it with a special situation.

"So they need to really be open. I think for me it was OK."