Puig told the official MotoGP podcast in the lead-up to the San Marino Grand Prix at Misano that Lorenzo's Honda woes were down to a lack of "courage and willingness" rather than "technique".

Lorenzo has had a miserable first season with Honda so far, having scored just 21 points as he struggled to adapt to the notoriously tricky RC213V bike, missing a chunk of the pre-season, as well as four races due to various injuries.

It emerged during Lorenzo's recent stint on the sidelines that Lorenzo had explored the possibility to break his two-year Honda deal early and return to Ducati, and the rider himself subsequently admitted that his commitment had been affected by crashes.

When Puig's comments were put to Lorenzo, he replied: "He is the boss and is a person who I have a lot of respect for because I think he knows a lot about bikes and about this world.

"But [there isn't] anybody [who] can tell that I didn't try and didn't risk with this bike because I had huge crashes, always because I wanted to try to get good results.

"And probably that was the problem, I push too much before knowing exactly the bike and that's why I crash and I get injured.

"This made much more difficult everything, because everything comes from the injuries.

"Without the injuries I'm sure I will be able to maybe not win races, but finish sometimes in the podium and top five." 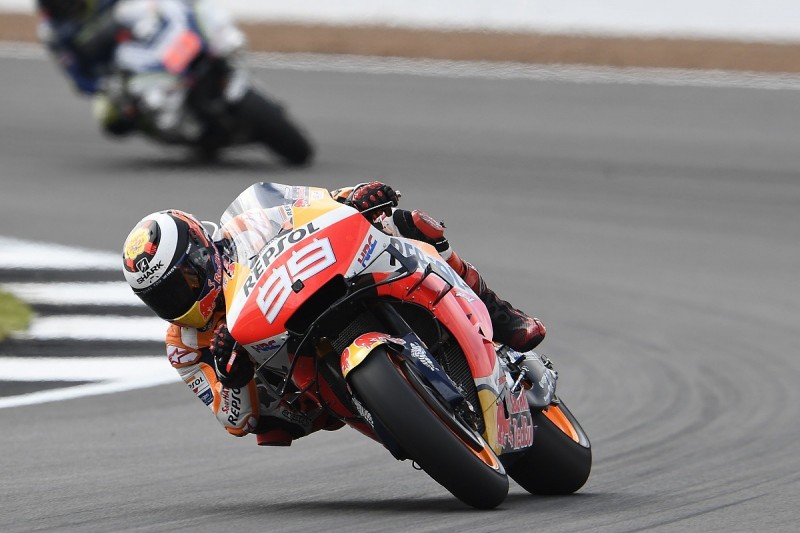 Lorenzo says his injury-strewn year - from the two painful crashes that disrupted the end of his final Ducati campaign, to a broken scaphoid in the 2019 pre-season, a rib fissure in Qatar and the back fracture in Assen - has meant he hasn't had the chance to ride the Honda while in peak physical condition.

"I've never been 100 percent fit to ride the Honda, so I could never push to my maximum," he added.

"Like this in MotoGP it's difficult, if you don't feel comfortable on the bike.

"That's the feeling I have with the Honda at the moment, I don't feel safe, especially with the front part of the bike.

"Some difficult circumstances, especially with the injuries, which made my situation and all my results so bad."

Lorenzo rode to 14th place in his comeback grand prix at Silverstone, but then completed just half a day in the following week's two-day Misano test.

"I could stay and finish the test,[but] just four days after the race at Silverstone, the injury didn't have enough time [to settle].

"I stayed at home, the next three days I feel a big improvement, then little by little [I got better] better. I am better than three weeks ago, but until I get onto the bike I will not know.

"I'm good, I'm better, but I'm still not perfect, I'm not like normal. I think it requires more time to recover this injury."