Jorge Lorenzo has criticised MotoGP rivals Valentino Rossi and Marc Marquez for their continued feud, likening Rossi's behaviour to that of a "little child"

Rossi courted controversy in the pre-event press conference for this weekend's Misano MotoGP round by refusing to shake Marquez's hand, after the Spaniard had expressed a desire to "make peace" with his arch-rival.

Lorenzo has had an acrimonious relationship with Rossi, the pair having many spats during their tenure as Yamaha teammates prior to Lorenzo's switch to Ducati last year.

While critical of Rossi, Lorenzo also stressed that Marquez should change his attitude towards Rossi.

"I think they're both wrong," Lorenzo told Spanish media when asked for his take on the Rossi/Marquez situation.

"Rossi for not wanting to shake Marc's hand and for behaving like a little child, and especially because he had the chance to show the fans that they shouldn't be booing a rider on the podium who didn't do anything to deserve that.

"On the other hand, I think Marquez cares too much about what Valentino says or does. 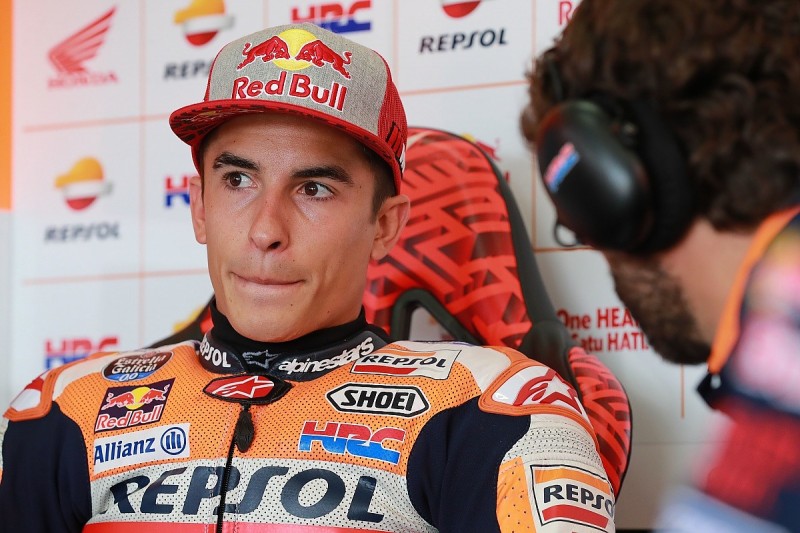 Marquez told Spanish media that Rossi's refusal to shake his hand was of no significance to him.

"From my side there's no problem," said Marquez.

"I'm happy, there's no problem. Back then I accepted what I had to accept. It's okay, life goes on. Nobody is irreplaceable here."

Rossi told Italian media: "Our relationship is not important. It's our business, end of story."