Lorenzo faces a month on the sidelines after Assen MotoGP crash 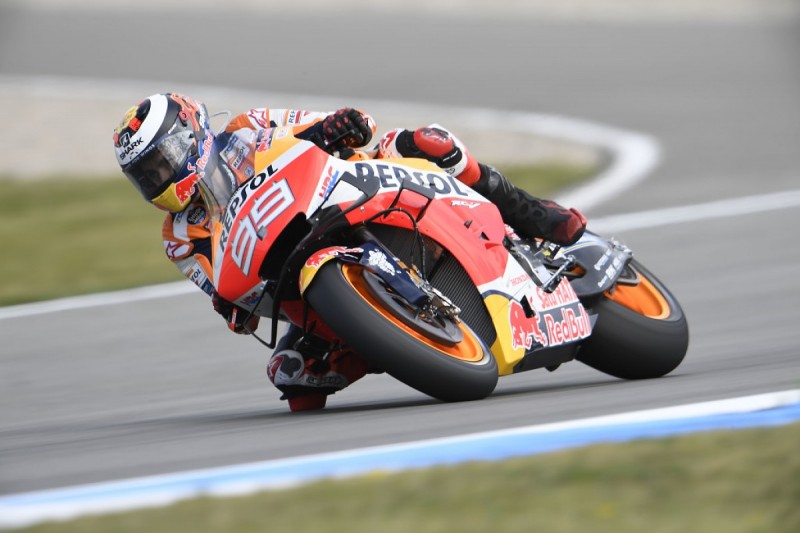 Lorenzo was hospitalised after crashing in the opening practice session of the Assen weekend, and was quickly ruled out of further Dutch TT track action as he was diagnosed with a spinal vertebra fracture. 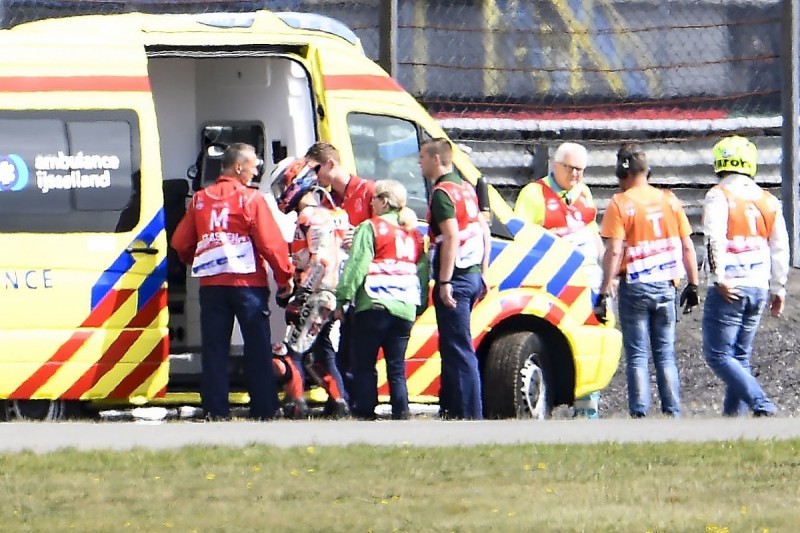 Puig has now confirmed that the three-time world champion - who had already hurt his back in a Barcelona test crash last week - will miss next weekend's Sachsenring round as well.

Instead, Lorenzo is scheduled to spend the next weeks in a back brace, and is expected to return in the early-August Brno round following MotoGP's four-week summer break.

"He had a crash also last week in Barcelona, and in that time he was really in pain, exactly in the same area as the place he has the pain today," Puig explained.

"So today with this crash, the thing really even got worse, and he was complaining about the same area.

"So they made some checks at the circuit, looked okay from the X-ray point of view, but we decided to bring him to hospital in Assen to make a more precise [assessment] of his vital organs, and they found out that he has a vertebra that is fractured.

"But fortunately from what the doctor said, it's an area that is quite protected, so there was no affect on the nerve.

"He will skip Sachsenring but hopefully he will be back in Brno."

Puig confirmed that Lorenzo would not be replaced for the rest of the Assen weekend, but said Honda would evaluate a stand-in for Sachsenring.

The team boss spoke to Lorenzo after the crash, and said that while he hasn't seen the data yet, he believed the causes to be "quite clear".

"I think he went into the corner faster than normal, and he just crashed - these things happen. Normally a crash is a human error, mistake, for all of the guys who crash."

Puig said there was currently no certainty over whether the crash caused the fracture or simply exacerbated an already existing injury from Barcelona.

"In this morning he still confirm that he was not comfortable, but mentally ready to race," Puig explained. "But sometimes mental and physical, it's not going together."