Leading MotoGP riders have called for modifications to be made to Mugello's famous start/finish straight to improve safety, as racing speeds continue to increase

While criticism up to now has largely centred on the lack of run-off area, riders have now voiced concerns about the crest along the straight before the corner, over which bikes often become briefly airborne.

Reigning champion Marc Marquez said riders have already discussed the prospect of trying to flatten out the crest, which roughly coincides with the start of the braking zone for San Donato.

"We already spoke about it in the Safety Commission," said Honda rider Marquez. "The only critical point is the end of the straight.

"We know the bikes every year are faster and faster and, for me, in the future we need to do something there to make that area flatter. 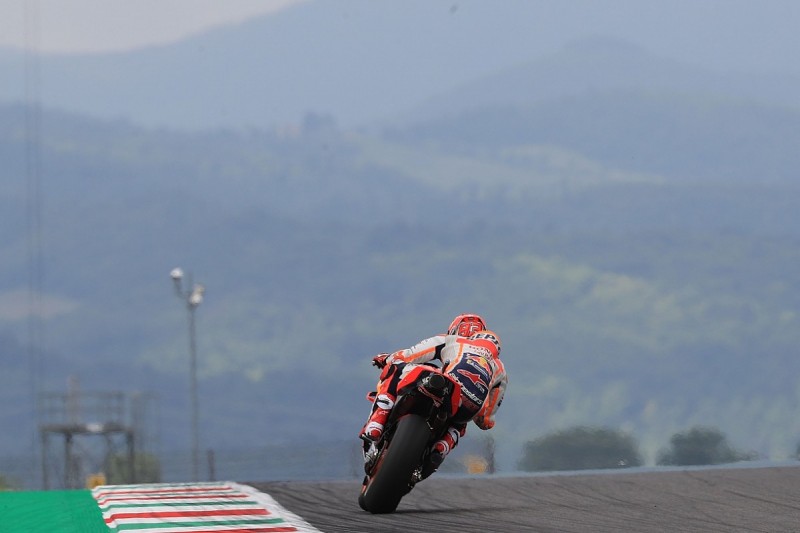 Ducati's Andrea Dovizioso added: "I think still [the track] is ok, but we are really on the limit.

"It depends on the rules. The winglets changed a lot the way you have to [ride] and the reaction of the bike, that affects [things] a lot in that place.

"If the bikes are improving and the speeds are higher, I think we are really on the limit."

Valentino Rossi also floated the idea of slowing the riders down further before they reach the start of the straight, which is preceded by the flowing Bucine left-hander.

"It's an old-style track, so at some points it's also dangerous," said the Yamaha rider. "You are [going] very fast and you don't have a lot of space around.3

"The braking at the first corner, if you arrive at 350 [km/h], it starts to be dangerous for the jump. Maybe we have to modify it a little bit. But it's not very easy.

"Either we try to arrive a bit slower, or we try to cut [the crest] a little bit and make it a bit flatter, if it's possible."