KTM's Espargaro to miss Austria race due to collarbone injury

Espargaro was forced to sit out the Czech Grand Prix on Sunday after his accident in the pre-race warm-up session.

After being diagnosed with a broken left collarbone at hospital, the Spaniard was taken to Barcelona for further checks, where it was decided that the injury would not require surgery.

But he will not be fit in time for this weekend's Austrian GP at the Red Bull Ring, KTM's home event.

"Pol was checked in Barcelona on Monday morning and we had the positive news that he wouldn't need surgery for what is just a crack, rather than a full break to his collarbone," said KTM team manager Mike Leitner.

"There was also no damage to other bones or to his spine. He will have another check this week when the swelling has reduced.

"Pol needs to rest and we'll have to keep assessing and controlling his situation as he has a lot of neck pain.

"He'll stay in hospital until the end of the week so for sure he will not make the [Austrian] Grand Prix at Spielberg." 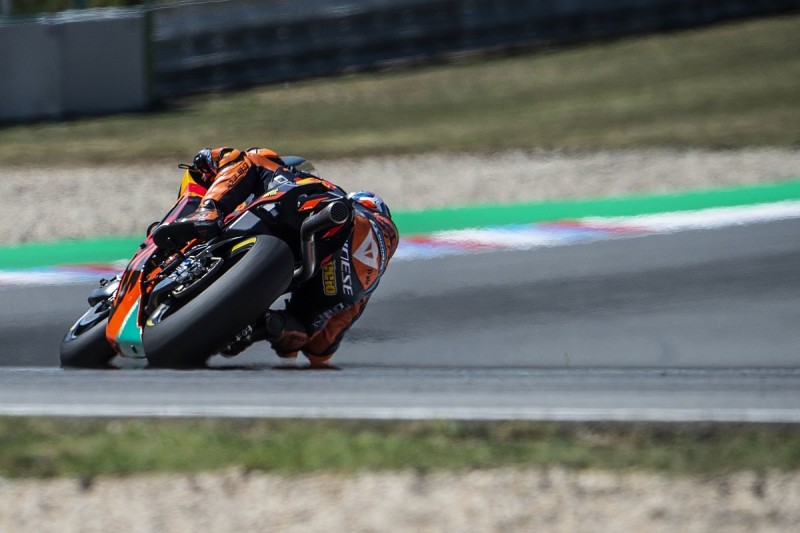 Leitner indicated in Brno that it is "99%" certain that KTM will field a sole bike for Bradley Smith in Austria.

It had originally been due to run three RC16s in its home race, but test rider Mika Kallio is also still recovering from damaging ligaments in his right knee in a crash at the Sachsenring three weeks ago.