Johann Zarco says his new manager Jean-Michel Bayle has stopped the KTM MotoGP rider from 'destroying' himself, amid a tough 2019 campaign aboard the RC16

Zarco split with previous manager Laurent Fellon in the winter, and began working with former 500cc rider Bayle following his verbal tirade against the RC16 at Jerez - which prompted a backlash from KTM CEO Stefan Pierer.

The double Moto2 champion says Bayle has helped him to craft a new "vision" for his debut KTM season, telling him to park thoughts of fighting with the frontrunners right now as it will only make him "sick".

"I already told you that the biggest help is about controlling the situation, this hard situation I am living now," Zarco said when asked about Bayle's influence.

"I understand well the mission, where this KTM project is in this championship and accept that it cannot win immediately.

"So he helped me to make a vision with a few steps behind, that's nice, and it's helping me to not destroy myself.

"He told me again [at Barcelona] 'it's great you want to win, but don't think about it. Do not forget it, but park it for later, because right now if you just want to be with the top guys, you will get sick.'" 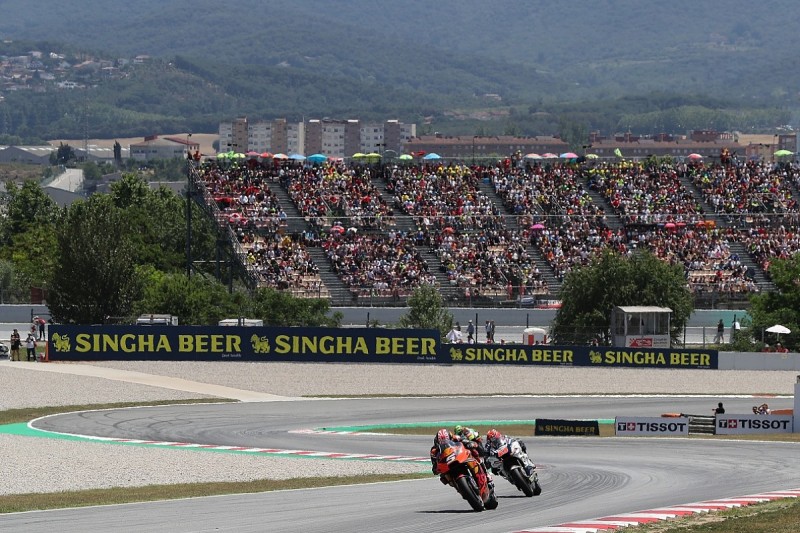 Zarco secured his first top 10 finish of the season in the Catalan Grand Prix, and though he admits this was largely down to the high attrition rate, he says he did not feel as if he was "in the way" of other riders.

"It's the best result [of my season] because of, overall, the four riders going down on the second lap, when Jorge [Lorenzo] crashed and Valentino [Rossi], [Andrea] Dovizioso and [Maverick] Vinales were out," he added.

"So immediately [I gained] four positions [from] four guys normally in front of me, but then I was happy to see this top group.

"It was maybe seventh, eighth, ninth, 10th; they were not so far in front of me, and I was able to think about catching them.

"My speed was not good enough, but at least I got a moment where I could see the others and I can manage the race. I was not in the way, I could just go and wait [behind them] to the end."

Miller: Lorenzo “out of control” on MotoGP warm-up laps in 2019