The Austrian manufacturer will race at Valencia with test rider Mika Kallio as a wildcard, before entering the championship full-time in 2017 with Bradley Smith and Pol Espargaro.

It headed to Brno for the third time this year, for its 11th and final test as it develops its RC16 prototype, with Kallio and Karel Abraham.

After being buoyed by its pace against the bulk of the field in a test at the Red Bull Ring in August, KTM has run a significantly-updated version of its maiden MotoGP challenger at Misano and then Aragon.

While Ducati and Aprilia were also present at Misano, KTM is keen to again test its progress against the full field at Valencia.

"At the beginning of the year, we were very pleased to have the circuit to ourselves and to carry out our work undisturbed," KTM's Mike Leitner said.

"But since the test in Spielberg we've increasingly wished for more and more competition on the track, like we had also at Misano right after, for example.

"At the last test in Aragon and also in Brno, where there was a question mark about the conditions and grip, having competition can be very positive and deliver more points of reference. 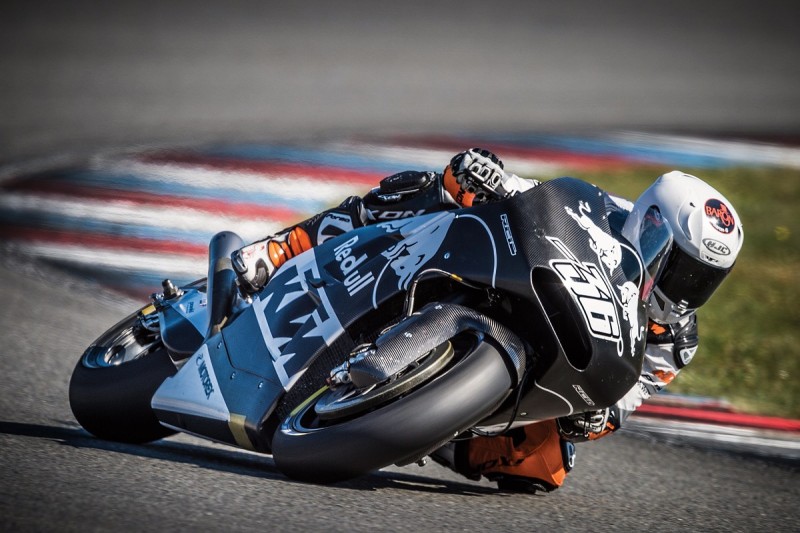 "Luckily the next tests will be together with other MotoGP teams before our wildcard entry with Mika Kallio, a test in real race conditions."

Work between now and the November 11-13 event will focus on making the KTM "user-friendlier for the rider and the mechanics", with the next major set of updates due for the post-race test, when Smith and Espargaro take over.

"At the moment it's quite difficult to gauge our level," Kallio admitted.

"Now we need some other riders around us to be able to compare where we stand.

"We tried a lot of things here, and we've decided to mainly concentrate on the bike set-up for the next test in Valencia.

"That will be interesting because it will show us how we can improve on that way.

"Recently we haven't had any significant technical problems, which is very positive for three race simulations. I feel we'll continue to improve step by step."