Honda MotoGP rider Jorge Lorenzo admits his pace in the San Marino Grand Prix at Misano, his second race back from injury, was "worse than I expected"

Lorenzo finished 14th, 47 seconds behind race-winning team-mate Marc Marquez, as he continues to recover from the back injury he sustained in a practice crash at Assen in June that forced him onto the sidelines for four races.

Having targeted being between 30s and 40s off the pace over the 27-lap distance, Lorenzo said he struggled with the 26-degree heat and admitted a set-up change he made after qualifying down in 18th did not pay dividends either.

"At Silverstone I expected less in the race, we were surprised about going faster than the pace we showed in practice; this time it was the opposite," said Lorenzo.

"We expected a bit more, to have a pace closer to the winner. I was worse than I expected.

"Unfortunately with the heat and lack of grip after the Moto2 race I struggled a lot to stop the bike.

"I don't know if I made the right choice with the tyres. I had to brake much earlier than in practice, I couldn't get the pace I wanted.

"I wanted to be in high 1m38s, but I never reached that. I was getting worse, worse, worse, and the bikes in front of me went away. 47 seconds [to the winner] is more than I expected, but closer than in Silverstone." 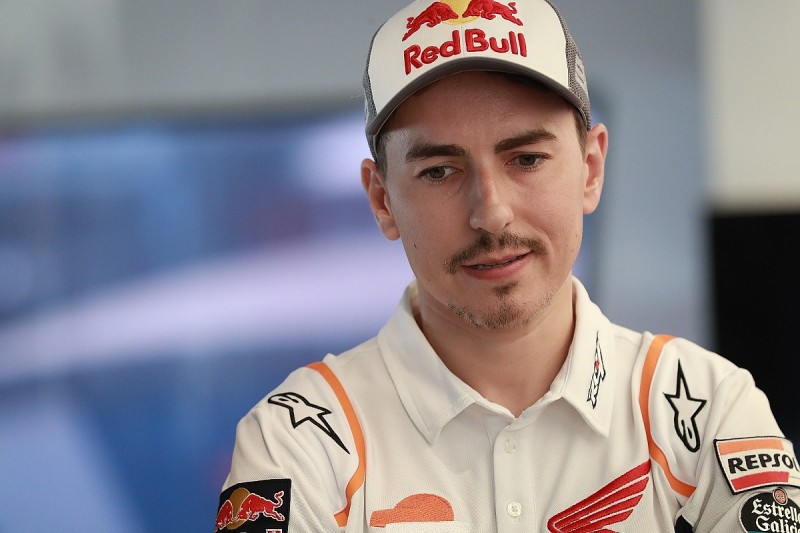 Lorenzo admitted he had been hampered by increasing back pain at Silverstone, but this time around he reported feeling "much less" discomfort in the race.

He downplayed the prospect of making any major progress in this weekend's Aragon race, targeting the subsequent Asian flyaway rounds as a more realistic time to push for results.

"After the Silverstone race I was very painful, it was difficult even to walk," said Lorenzo.

"Now I feel painful but better than three weeks ago. On the bike I could push more.

"I will not make a huge improvement in one race. It's going to be progressive improvements.

"I hope to be stronger in Aragon, and especially this gap of [two] weeks to Thailand will give me the opportunity to recover, so to train more in the gym, lift more weights, get more power in the muscles.

"Hopefully in Aragon we can be close to 30s [behind the winner], which is my goal, before pushing more my physical condition."