The one-time MotoGP race winner suffered three crashes across the four free practice sessions at Misano, two of which occurring on Saturday in FP3 and FP4.

Iannone had aggravated an old left shoulder injury in his Friday tumble, and did further damage to it when he fell at the Caro Hairpin at the end of the lap during the 30-minute final practice prior to qualifying.

He was taken to the medical centre for checks, and missed Q1 as a result. He has now been declared unfit to carry on due to "left shoulder trauma".

"After the tests we did here in late August, I arrived at the Misano weekend really confident that I would do well," said Iannone.

"Instead, things went awry from the beginning, with the crash in the first session that conditioned everything.

"This race was extremely important to me, but now the most important thing is to recover quickly and in the best possible way."

Iannone has endured a tough first season aboard the RS-GP, with just two top 10 finishes leaving him with just 27 points in 16th in the standings. 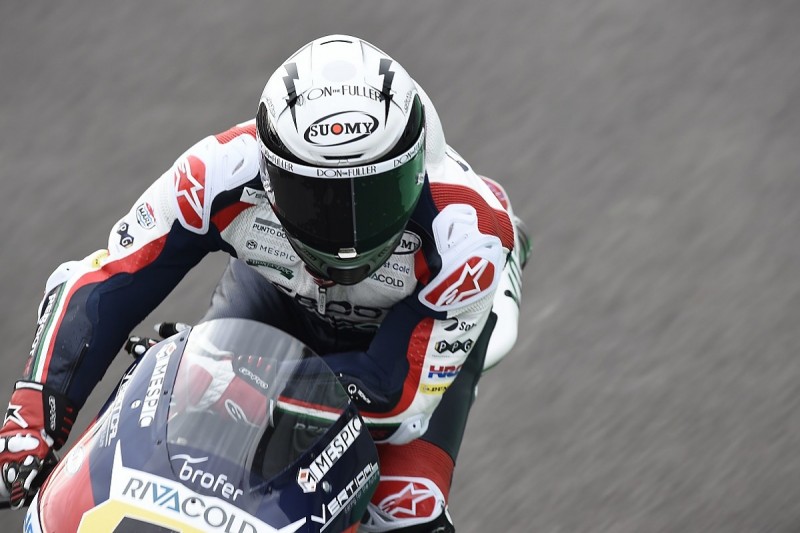 Earlier this weekend it was announced Iannone and his brother Angelo would take over as controversial Moto3 rider Romano Fenati's managers from the San Marino GP onwards.

The Snipers rider has endured a similarly bruising weekend to his new manager, however, and has been declared unfit to continue at Misano.

Misano has been unkind to several Moto2 riders also this weekend, with crashes for Tasca Racing's Mattia Pasini and Intact GP's Marcel Schrotter leaving them with a fractured 12th vertebra and a right collarbone fracture respectively.

Neither will take any further part in the San Marino GP weekend, and are in doubt for next weekend's Aragon race.