The Termas de Rio Hondo circuit, host of the MotoGP Argentine Grand Prix, has suffered a huge fire which has destroyed most of the paddock and pit area

The fire started at around 11pm on Friday night with firefighters from Termas de Rio Hondo tackling the blaze along with help from other fire and rescue services from nearby towns and regions.

The cause of the fire is still unknown but it is thought to have devastated the majority of the pits, the press room and the VIP areas but fortunately it has not caused any injuries.

MotoGP had been due to visit the circuit later in the year after its initial scheduled date was postponed to the end of the season after both the Argentine and US GPs were delayed due to the ongoing COVID-19 pandemic. Both races currently have no new provisional dates.

"80% of the built-up part of the route has been lost, consumed by fire," a firefighter told La Nación, who also said the fire could be seen from a long distance away from the circuit.

With the pit area and the upper floors above it, where the press room and VIP areas are located, badly damaged by the flames, firefighters plan to try to prevent the fire from spreading to the circuit's museum area. Several of the most valuable items in the track museum have already been moved as a precaution while further safety measures have also been taken to protect the rest of the circuit.

"We are working to save the museum, the rest was burned, everything was consumed, it makes you want to cry," added another firefighter to the Argentine newspaper. 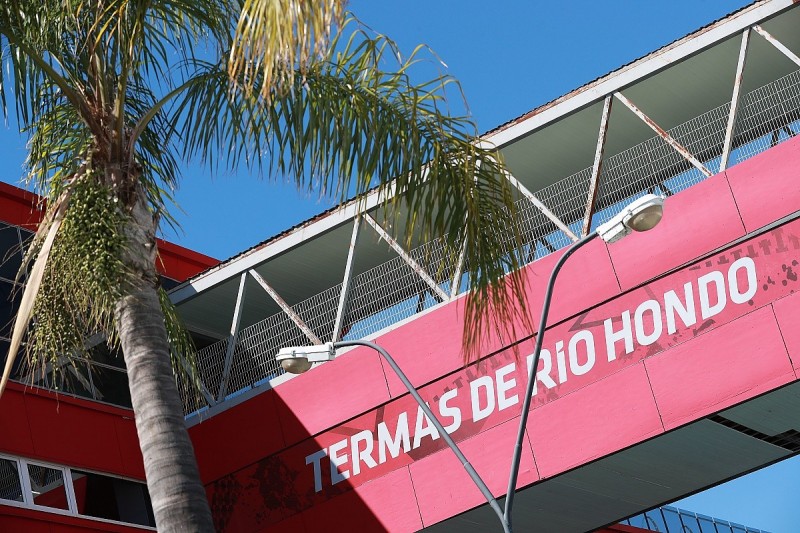 A statement from circuit director Hector Toti Farina confirmed the pit building has been destroyed but the rest of the track complex has been saved from the fire, while also announcing the track is fully insured against fire damage and it plans to start the rebuild as soon as possible.

"Unfortunately the entire pit building was destroyed by the fire that occurred in the late hours at the track, the sector also included the press rooms, race control and VIP lounges," the circuit statement read. "Both the museum and the control tower at the ends, along with other offices and medical centre had no significant damage.

"The museum will reopen to the public in the next few days. The track has full insurance against fire, so the issue of economic damage is covered in that sense, but it will surely take a long time to rebuild this important area necessary for national and international competitions.

"Thank God, there were no victims to mourn, and we want to thank all those who collaborated in this incident that generated moments of great danger due to the high winds. Many thanks to various fire department staff, police officers, municipal staff and track workers, they did everything they could to prevent further damage. We will work from now on to do everything possible to meet the schedules we have planned, including the MotoGP in November."

Termas de Rio Hondo has hosted the Argentina MotoGP event since 2014, albeit with the 2020 race cancelled by the COVID-19 pandemic. The circuit, built in 2007 and redeveloped in 2012, has also hosted the World Touring Car Championship, with the most recent event taking place in 2016.