A string of crashes and Honda falling behind Yamaha have combined to leave reigning champion Marquez 74 points behind championship leader Valentino Rossi after eight of 2015's 18 grands prix.

After a fall at Barcelona left him 69 points adrift, Marquez said he wanted to get back on the pace before he could even consider thinking about the title.

Having chased Rossi for victory until their last-lap brush at Assen last weekend, Marquez said he felt reassured that he and Honda were now competitive again but did not think it made much difference to his championship potential.

"What I wanted was to come back to a good level," said Marquez. "Now the target is to win races.

"It's not only one rider, I have two riders to beat, Valentino and Jorge [Lorenzo], and it's so difficult to close this distance.

"Now was the time to come back to a good feeling and a good level. We've done it.

"So now the next target is to win.

"Now I don't have anything to lose so I just want to win the races." 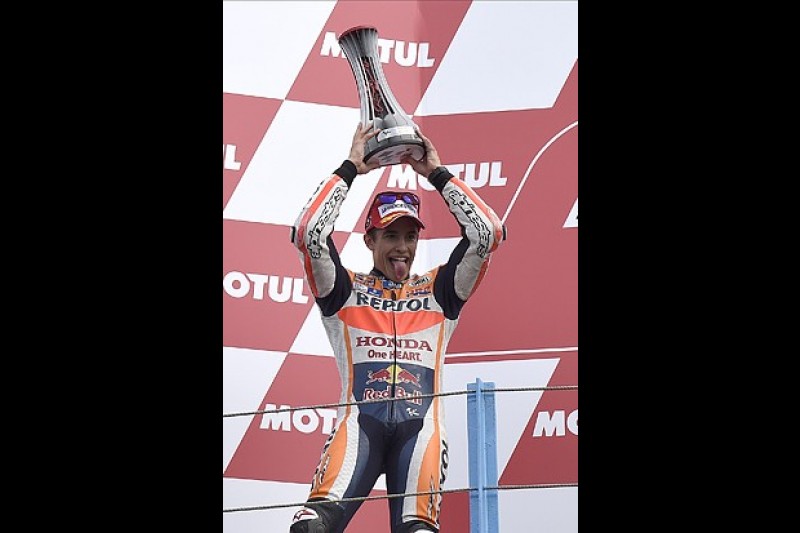 Marquez has only taken one victory so far this season - at Austin in April - and second at Assen was only his third podium appearance of 2015.

He wants to wait until next weekend's Sachsenring race to judge whether Honda's improvement is sustainable.

"I want to be careful. It's only one weekend. We'll see in Germany," he said.

"But what I feel is that I enjoyed it on the bike again.

"I still feel we can improve on corner entry, especially later in the race.

"But I was consistent all weekend and during the race I was able to be behind the leader and I'm happy with that.

"Now we will go to Germany with the same mentality and try to win the race and confirm that feeling."