Marquez and his stablemates spent all of last year losing ground on corner exit, as Honda struggled to pair its aggressive engine with the new-for-2016 control electronics.

That has led to the Japanese manufacturer changing its engine philosophy for 2017, but Marquez finished testing that new design late last year urging Honda to find more.

Asked after the first day of pre-season running at Sepang whether the engine was doing what he wanted, the Spaniard said: "Not yet, no.

"We've worked on the engine to try to improve the acceleration and the top speed and we have improved on the latter a bit, but the problem with acceleration is that if we can't use it it's unnecessary to have more [power].

"So we are working on the wheelies and all those things that gave us a headache last year.

"Tomorrow it will be one of the most important things to work on." 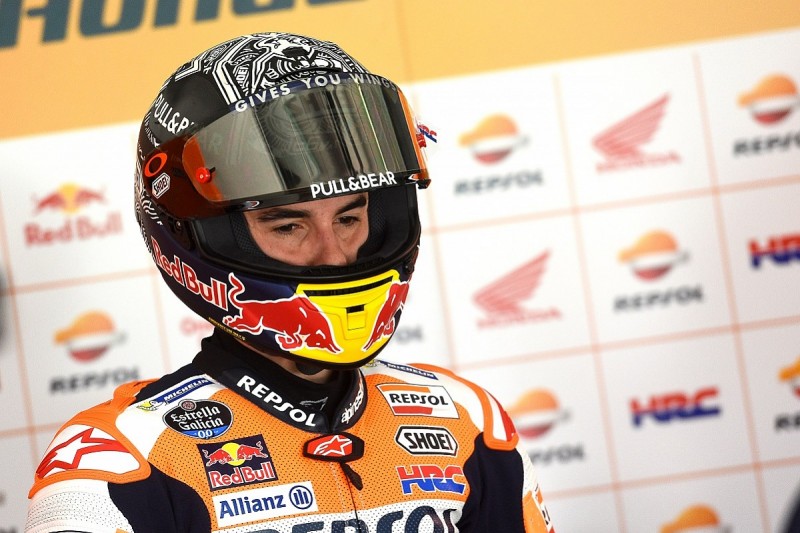 The 23-year-old had only one of Honda's 2017 bikes at his disposal, meaning he spent long periods in the garage as his crew made adjustments, with engine mapping a focal point.

"Today we worked a lot on the engine and the electronics," he said.

"Still tomorrow we must work a lot on this side of the bike because the new engine is completely different, so all the maps we had for the other engine are not working well on this engine.

"Probably with this map we arrive at the same lap time as the other engine.

"Now we need to start to adjust well, and tomorrow we start to work on the set-up of the bike, to understand about the wheelie and everything.

"We already worked a lot in Valencia but here we need to continue."