Pedrosa announced on Thursday at the Sachsenring that the 2018 campaign will be his last in grand prix racing, having lost his factory Honda seat to Jorge Lorenzo for '19.

The Honda rider had been weighing up whether to accept an offer to join the new SIC Yamaha satellite operation before ultimately opting to call time on a top-level career that began in 2006.

Pedrosa has said he hopes to remain working within the MotoGP paddock in some capacity, with a test rider role a possibility for the two-time 250cc (now Moto2) champion and 31-time premier class race winner.

But Honda team boss Alberto Puig said that any decision to stay within the Honda camp lies solely with Pedrosa himself. 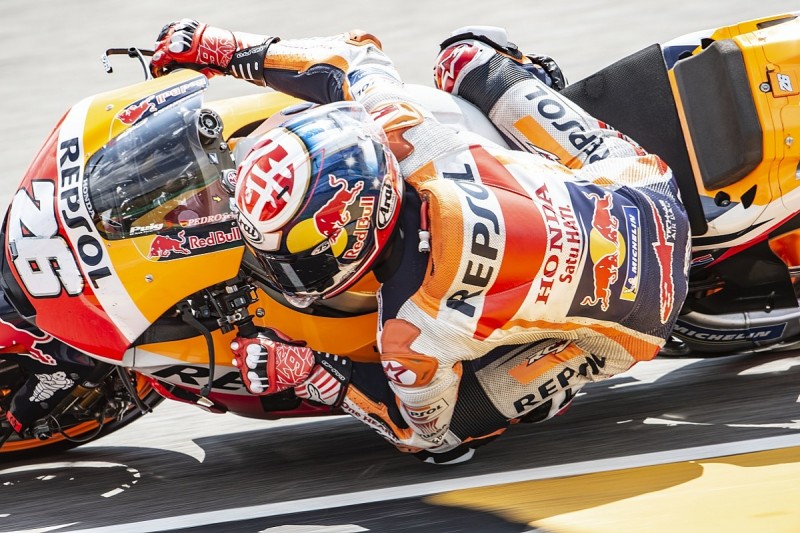 "We were talking about the story, it's always interesting [to read] about it," Puig said when asked by Autosport whether Pedrosa could stay on as a test rider.

"For this, he knows the opinion from Honda. In case he wants to continue testing, which we really don't know yet, because it's his life, it will be his decision. It's up to him."

Pedrosa, who has only ridden Honda machinery since making his 125cc (now Moto3) debut in 2001, said he would need time to consider whether a test rider role was the right move for his future.

"At the moment I don't know what I will do, because already the decision to change the lifestyle is already important," he said when Puig's comments were put to him.

"I've been with Honda so long, I know the people, and they know me and how I work. It will be also important in a different way to keep working in the sport I love.

"But at this moment I don't know. I need some time [to decide]."