Joan Mir has signed a pre-contract with Honda that, if activated, would promote him to a place in the firm's works MotoGP team, Autosport has learned

Reigning Moto3 champion and current Marc VDS Moto2 rider Mir would replace Dani Pedrosa alongside Marc Marquez in the factory squad's line-up for 2019 if Honda takes up its option on him.

Honda announced a new two-year contract for Marquez prior to the start of the season, but hesitated on renewing Pedrosa - preferring to wait to see how the rider market would develop.

Tech3 Yamaha's Johann Zarco was at one stage a contender to become Marquez's team-mate for 2019 before he signed for KTM, leaving Mir as the only realistic alternative to Pedrosa. 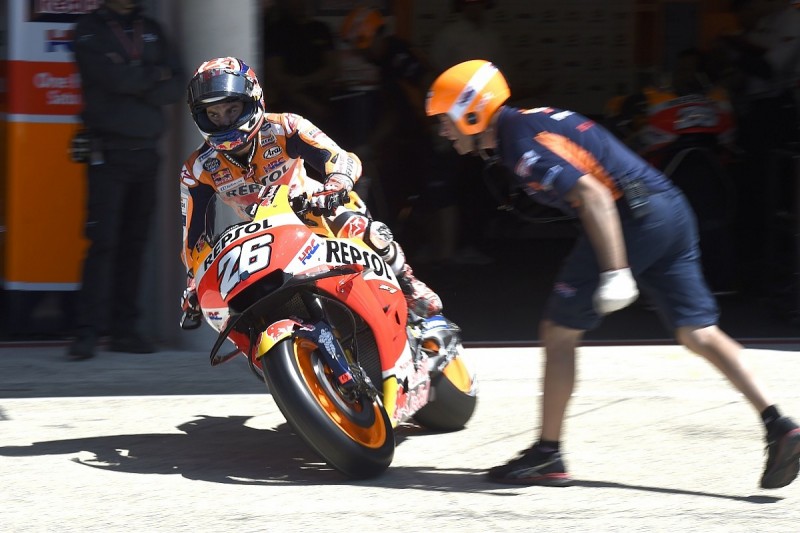 Honda has still yet to open negotiations about Pedrosa for 2019, suggesting there are still doubts over whether to retain the double 250cc champion into a 14th MotoGP season or take a gamble on youth with Mir.

At Le Mans last weekend, team boss Alberto Puig revealed that a final decision will be made no later than the Barcelona race in the middle of June.

But Honda's pre-contract with Mir expires at the end of May, after which the 20-year-old would be free to begin talks with Suzuki and Ducati - who have also expressed interest in him.

Mir is believed to be Suzuki's second choice to place alongside the recently-renewed Alex Rins, in the event that Jorge Lorenzo ultimately remains with the factory Ducati team.

Likewise, Ducati is assessing how it could fit Mir into its plans for 2019 should Lorenzo depart, as has been strongly suggested by Danilo Petrucci.

Mir scored his first Moto2 podium last weekend at Le Mans, and stated before the season that his preference would be to move up to MotoGP as soon as possible.