Pol Espargaro doesn’t believe Honda needs “to build a completely new bike to improve the problems” it has faced so far in a tough 2021 MotoGP campaign.

Honda is yet to score a podium in 2021 between its factory team riders and works-supported runners at LCR, with Takaaki Nakagami scoring the marque’s best result so far of fourth at Jerez.

Espargaro’s team-mate Marc Marquez explained after the Catalan Grand Prix weekend that the current Honda’s main issue is a lack of grip under acceleration, with this lack of grip in turn hindering braking performance.

In the Jerez and Barcelona post-race tests, Honda has been seen trying various new items – with a black bike with different front air intake thought to be a 2022 prototype.

Espargaro, who has been critical of Honda’s working methods this year in terms of bike direction, says he didn’t have any major new parts to test in Barcelona and is convinced the marque’s experience in difficult situations will allow it to improve its current package.

Speaking about the Barcelona test ahead of this weekend's German Grand Prix, Espargaro said: “We did not have big parts.

“We’re now in the process of understanding our problems, and then trying to understand exactly what the problem is.

“Then from that moment on build new chassis, new swingarms, new stuff that is going to come soon.

“But now we are in that process that we are just trying some small new stuff, small older stuff from the past that we maybe think can be useful.

“And with all the information we have and all the data and all the material that Honda has from now and from the past, I think we can improve the situation quite a lot. 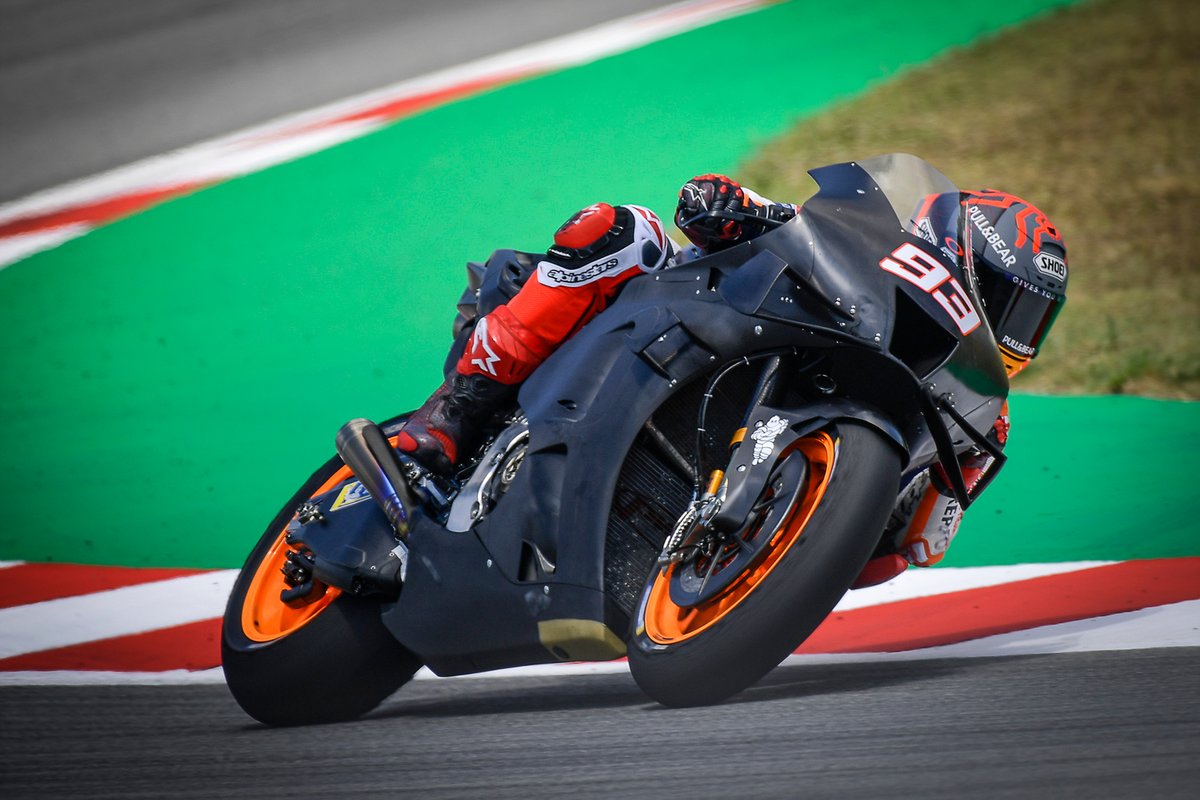 “We don’t need also to build a completely new bike to improve the problems we currently have.

“The good point of Honda is that it’s been racing many years in MotoGP and they have amazing data of all the problems they’ve had during its history and they have the solutions of those problems.

“So, we are just discovering, we tried different stuff on the bike in Barcelona.

“Some of it worked very good and after a test that’s been good, what you want is to go to another place to put the bike on track again to see if what you tried was correct or not.

“We are in that moment where we are happy but we don’t know what to expect.”