Gresini tested positive for the virus just before Christmas and was hospitalised in Imola on 27 December.

The veteran MotoGP team boss' condition deteriorated, which necessitated him being transferred to a specialist COVID ward at a hospital in Bologna where he was placed in a medically induced coma.

On Friday, doctors began a slow awakening process to bring Gresini out of the coma.

An update from the Gresini team issued on Monday says he is improving but is still sedated and on a respirator.

"The medications were stopped, albeit he is still sedated and connected to a mechanical respirator to receive an adequate level of blood oxygen.

"In the next few days, radiological investigations will be carried out to verify the evolutionary status of the disease." 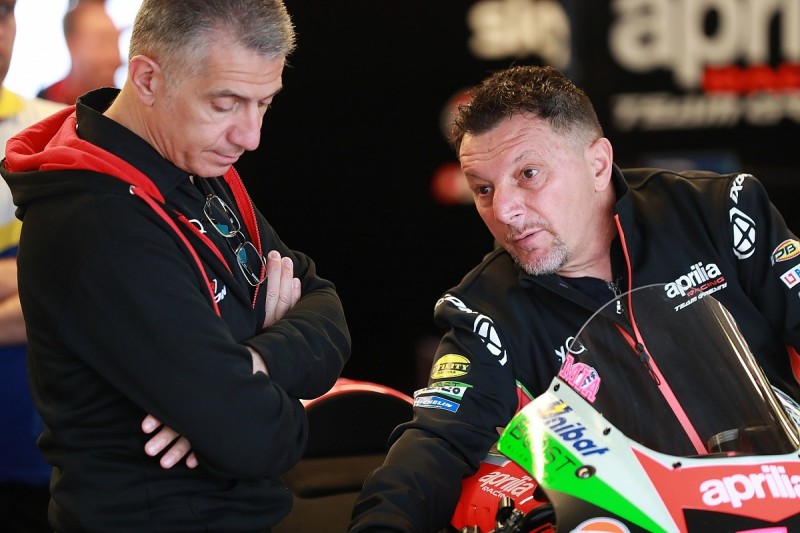 Gresini is the latest high-profile name in MotoGP to have caught the virus.

In October, nine-times grand prix world champion Valentino Rossi was forced out of the Aragon races when he tested positive for the virus at his home in Italy, while several members of Yamaha were forced to miss races late in the season due to positive COVID tests.

Tech3 rider Iker Lecuona was ruled out of the Valencia races when his brother and assistant tested positive for the virus, before the Spaniard himself caught COVID-19 - which ultimately forced him out of the Portuguese GP as well.

The 2021 season is scheduled to run to 20 races, though the escalating nature of the virus - particularly in Europe - will likely lead to events dropping off the original calendar.

Last week, Autosport revealed MotoGP has been working with Malaysian authorities to allow February's Sepang test to run with the paddock able to serve softer COVID-19 restrictions while in the country.