Folger and Zarco both graduated to the premier class from Moto2 this season, and have proven a threat to the established frontrunners aboard their year-old Tech3-run Yamahas.

The French squad has already confirmed both rookies will remain at the team for 2018, but beyond next season there is a question mark over whether 38-year-old Rossi will elect to sign a new agreement to remain at the works Yamaha outfit or retire.

Asked whether he felt his battle with Zarco could determine who goes on to replace Rossi, Folger told Autosport: "I think this fight [for Rossi's seat] is between us.

"He [Zarco] is a two-time world champion. But in the end I know that I can do what he does.

"I don't know how far he can go, but I've arrived where he was at the beginning of the season and now I'm confident.

"At the beginning of the season I thought 'that's it. He is gone and will be a step above the whole season, it will be difficult to be with him'.

"But then slowly I earned that confidence, and the good races I've made gave me a big understanding.

"He's the first challenge for me, I need to do this [beat him].

"He's a very good team-mate and a very good person - I really like him, he is a great man.

"But he wants to beat me and I want to beat him. So, we are fighting for the same thing." 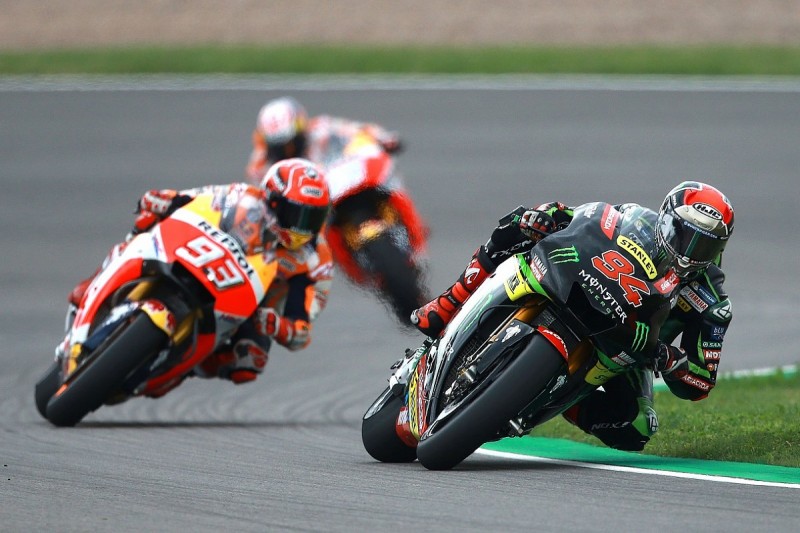 Folger secured his best result of the season at his home German Grand Prix at the Sachsenring, finishing second behind Honda's Marc Marquez.

He said he began the year with an apprehension of fighting against MotoGP's established names, but had now conquered that anxiety.

"Fighting with other people always gave me a bit of fear of making mistakes," admitted Folger.

"And if you are afraid, you always make a mistake.

"I didn't had the confidence that I have now. And without confidence, you cannot fight.

"So sometimes I was in a good weekend, but I was making mistakes again.

"There are a lot of champions here, so it is difficult for you to say to yourself: 'I will beat this guy today'.

"Today I'm racing them without thinking 'oh, this is [Jorge] Lorenzo, this is Rossi, this is Marquez. I will be staying behind, I will not pass'.

"I still have this problem, but I'm controlling it and getting better every day."