The 2013 Moto2 world champion will switch from KTM after four seasons together to Honda in 2021, after penning a two-year deal with HRC to partner Marc Marquez.

Marquez's participation in the start of the 2021 season has been plunged into doubt after he underwent a third operation on the arm he broke at the Spanish Grand Prix - with it suspected, but not yet confirmed, that he'll need at least six months to recover.

Upon Marquez's return to full fitness, Espargaro says going up against the six-time MotoGP world champion will prove to be the sternest task of his career.

Repeatedly fielding questions in 2020 about stepping onto a notoriously difficult motorcycle alongside Marquez and whether he is scared of the challenge, Espargaro told Autosport he is going to Honda only to prove to himself what he is capable of.

PLUS: Why Espargaro faces toughest MotoGP challenge with no fear

"It's the first time someone has asked me this question in this way and the way I was answering always: it's not about being scared, it's about discovering," Espargaro said when asked if going up against Marquez excited him.

"For an athlete, a professional athlete that always wants to improve and always test themselves, I feel this chapter of my career is an adventure as something to improve myself and at the same time discover within myself who you are, how fast you are. 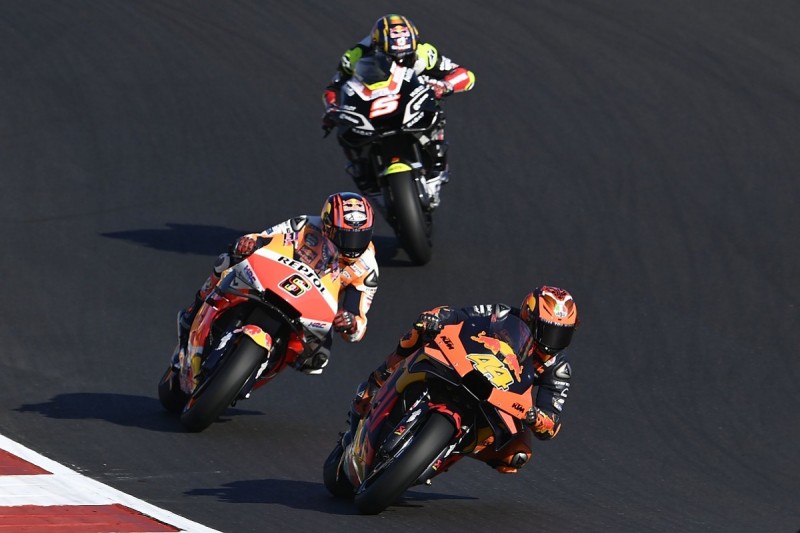 "In the past many people, as I understand it, underrated me because we were doing not good results with the KTM because the KTM was weak because it was the beginning of a project.

"This is going to show me that I'm not a bad rider. Actually, it's not really to show anybody what I can do, it's just to show myself, prove to myself if I'm able to be on the level of the best rider in the world."

Espargaro ended his final season with KTM fifth in the standings having amassed five podiums across the 2020 campaign.

Quartararo wants to have "less emotion" for 2021 MotoGP season