Ducati's Lorenzo 'not wasting a minute' worrying about MotoGP future

The Spaniard failed to finish the opening round of the season in Qatar after a brake failure, which he admitted he was "lucky" to escape from unhurt, while running in 10th place.

It followed an inconsistent winter of testing in which Lorenzo was quickest in Sepang but failed to make an impact in the subsequent tests in Thailand and Qatar as he struggled to feel fully comfortable aboard the GP18.

Lorenzo's contract expires at the end of the year, and Ducati has already signalled it will offer the three-time premier class champion a pay cut to stay onboard in 2019 and beyond.

But Lorenzo says his full attention is on improving his performance and not on securing his future.

"If I get results, my value will be higher, and if not, it will cost me a little," he admitted.

"Luckily, I have a track record that is very good and this always helps.

"The only thing that worries me is to go fast with this bike and take my first win as soon as possible.

"The rest of the work I leave to my manager. I don't waste a single minute thinking about it [his future]."

He added: "My priority is to finish what I started, to try and be the second to win the world title for Ducati.

"For that to happen you have to win a race, then a second, a third, and a fourth."

Lorenzo set to split with coach 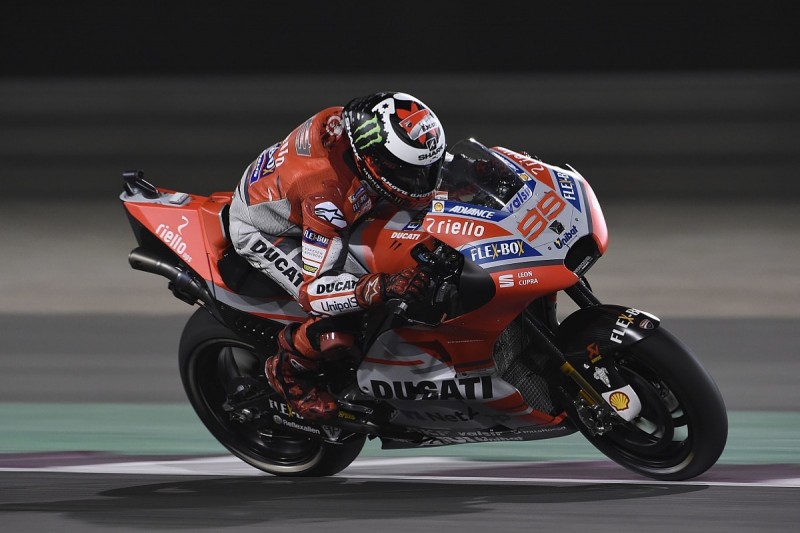 Autosport has learned that Lorenzo is poised to part ways with rider coach Alex Debon, just three months after employing the ex-250cc racer.

Debon was present at all three pre-season tests as well as the Qatar season opener, but looks unlikely travel to Argentina next weekend for the second round of the season - signalling an end to a short-lived collaboration that was announced in December.

Ducati tester Michele Pirro will continue his coaching role for Lorenzo when it does not clash with his racing commitments, which include three MotoGP wildcard appearances on a factory Ducati.