Though Ducati has made steps forward in recent years, emerging as a title challenger again in the last three seasons, it is still thought to trail its rivals for mid-corner handling.

After finishing fifth in last month's German Grand Prix at the Sachsenring, Andrea Dovizioso said Ducati had to fully focus on curing its cornering woes - which he felt were there "four years ago" - in the races after the summer break instead of thinking about fighting Marquez.

Dovizioso won last weekend's Austrian GP, but he had predicted in Germany that some of the coming races would be better for the team - the Red Bull Ring having fewer long corners than most circuits - and that it would still have work to do.

In contrast to Dovizioso's stance that the team should focus solely on its cornering issue, Barana cautioned that it was still important to focus other areas of the bike.

"We realise that cornering performance is the area where we can gain more," said Barana. 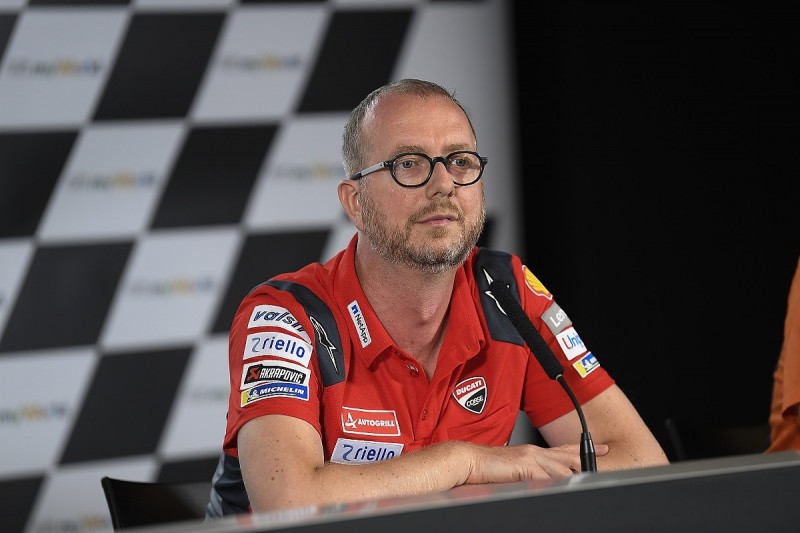 "But it is important not to forget to continue to improve the areas that are our strengths because if you concentrate on only one area, you risk losing the advantage you have in the others.

"So getting better cornering performance is quite a long process.

"Unfortunately, nowadays it's still a trial and error process.

"It takes quite a long time because you have to test to prove it is really effective and do the next step.

"These are quite time consuming.

"This is the reason, because it takes a while to reach certain levels."

The Ducati is also famed for its powerful engine, which for a number of seasons went unrivalled in the top speed charts by the other manufacturers - though Honda has been able to match it this year.

Barana concedes Ducati's engineering history meant it was "easier" for it to develop a strong engine, but when asked if Ducati had focused on this area too much, he said: "I don't think so.

"For sure at the very beginning of [Ducati's time in] MotoGP [in 2003] we had quite different solutions than the competitors [to chassis design].

"In that period it was difficult to compare with the others because of this big difference.

"From 2013 we have been quite similar in terms of chassis concept and from then onwards we have continued to develop the chassis together with the engine.

"Maybe with the engine we have more experience historically, there is a long history of engine engineering in Ducati.

"But the effort we spent on the chassis development is always the maximum that we can do."

Quartararo impatient to get to Yamaha-suited MotoGP tracks after podium