Doha MotoGP podium finisher and poleman Jorge Martin was left three seconds off the pace after FP2 for the Portuguese Grand Prix due to “dangerous” instability on his Pramac Ducati.

The Spaniard stunned the paddock last time out when he stormed to pole before finishing the Doha GP third having led it for the first 17 laps.

But Martin was 3.055 seconds of the best pace in last on the timesheets after Friday’s practice, which was topped by fellow Ducati rider Francesco Bagnaia.

Though the Algarve circuit on MotoGP machinery is new to Martin, he was left baffled by instability on his GP21 in FP2.

“For sure we were not expecting to be in that position, but as soon as we began the second practice I started to feel a lot of movement on the bike,” he said.

“It was really dangerous and I was feeling really scared in some of those moments.

“I couldn’t open the throttle where I would like and that’s why we were so slow.

“We don’t know, because if we knew for sure the bike would be different.”

Martin explained his feeling on the bike was similar to what he had when he suffered a fast crash on his first day on the Ducati during the Qatar shakedown test last month.

He also admitted he was affected badly by the wind during the afternoon session.

“It’s similar to the first crash I had with this bike I had in Qatar,” he added. 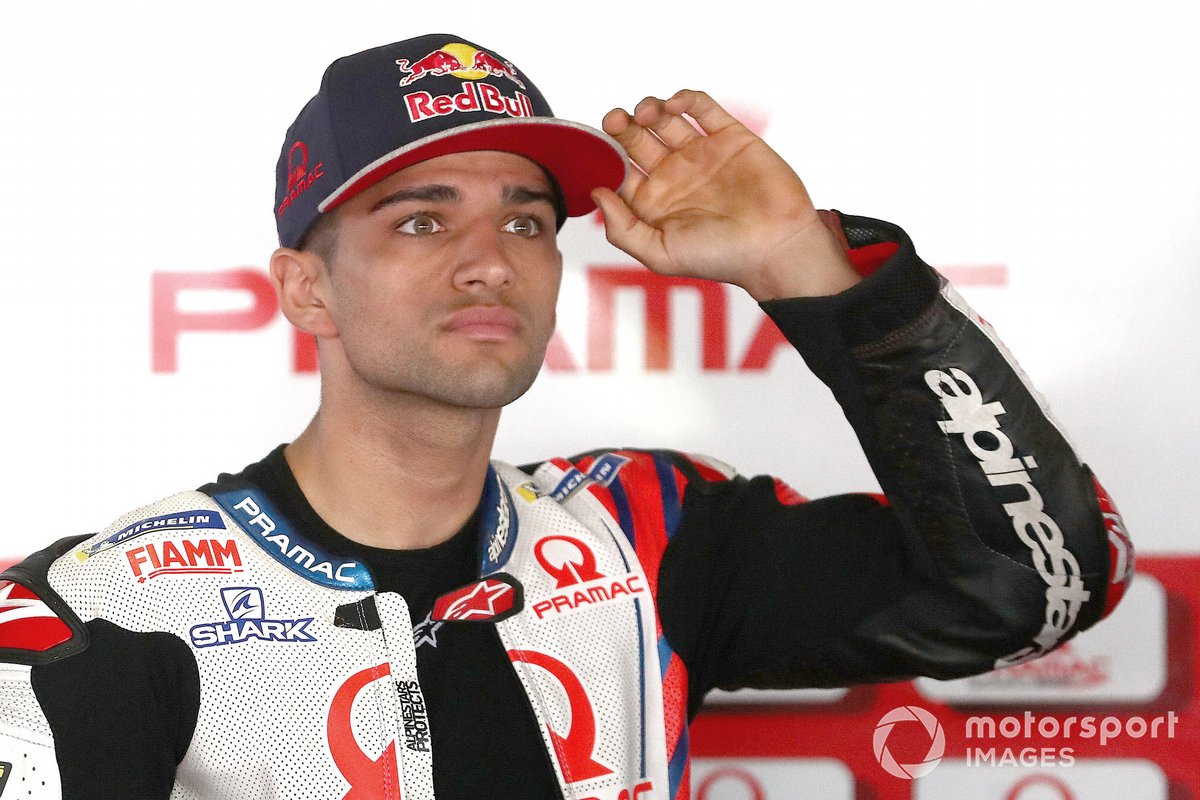 “I feel this pumping and shaking a lot when I exit from the fast corners.

“So, I cannot give full throttle, I have to be with a lot of margin.

“That’s why I lost a lot of time. Also the wind, I was struggling a lot today.

“We are three seconds from the top, so something is not working for sure because it’s not my place. But let’s try tomorrow.”

Avintia’s Luca Marini ended Friday’s running at the Algarve circuit as top rookie in 13th spot, with his team-mate Enea Bastianini a couple of places ahead of Martin in 20th.

Martin’s Pramac team-mate - and the current championship leader – Johann Zarco had similar problems with stability, noting he was struggling mid-corner to get the bike settled.

“I think our main problem for me on the bike is really at the middle of the corner when we have maximum angle, I miss some stability,” Zarco, who was eighth overall on Friday, said.

“Then the bike can become quite nervous on the exit of the corner where I need to hold the bike because I’m missing something in the middle of the corner.

“So, that’s the point and that’s why I know in this kind of area even if I do some good progress with my style I cannot have everything.

“I think we will find stuff because compared to last year I already have a better feeling, I can try more things on the bike with the riding and give clearer information to the team.”