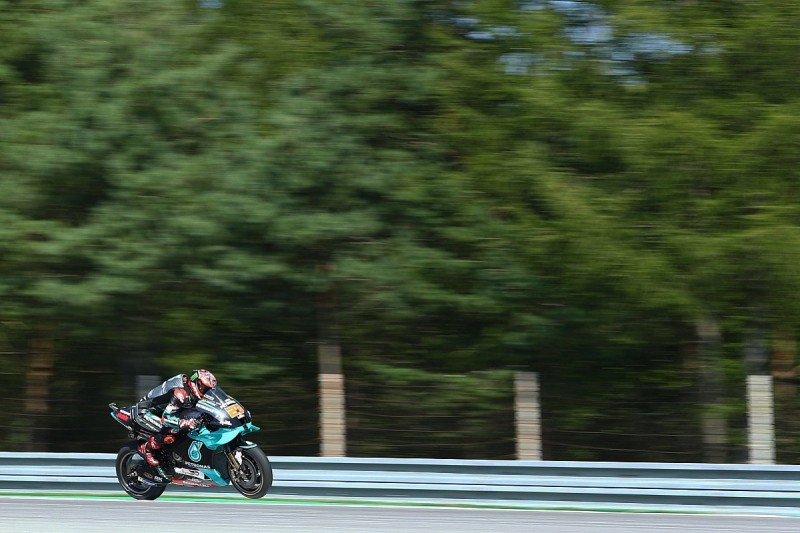 Factory Ducati rider Danilo Petrucci set the initial pace in FP2 with a 1m58.583s, though this was quickly beaten by KTM's Pol Espargaro with a 1m57.583s.

Championship leader Fabio Quartararo deposed the factory KTM man with a 1m57.564s, before Joan Mir leaped up to top spot on the Suzuki with a 1m57.445s.

This stood as the benchmark until the closing six minutes, when most of the field opted for a time attack on soft rubber.

Morbidelli blitzed the pack with a 1m56.509s, and this lap would remain intact until after the chequered flag, when team-mate Quartararo started lighting up the timing screens.

Quartararo was repeatedly caught on camera visibly angry, and was shaking his head after firing in the 1m56.502s lap which put him into top spot at the end of the session.

Tech3's Miguel Oliveira completed the top three, 0.048s off top spot at a circuit KTM does come armed with recent data of courtesy of a private test with Dani Pedrosa last month.

Avintia's Johann Zarco leaped up to fourth late on to end the day as top Ducati runner, with Maverick Vinales fifth on the works Yamaha.

Mir was shuffled back to sixth ahead of Aprilia's Aleix Espargaro, while his KTM-mounted brother Pol was a further 0.018s adrift in eighth.

FP1 pacesetter Takaaki Nakagami was ninth and top Honda runner on the year-old LCR RC213V, with Pramac Ducati's Jack Miller completing the top 10 ahead of Brad Binder in 11th on the KTM.

Neither works team Ducati riders currently occupy a provisional Q2 place, with Petrucci heading Andrea Dovizioso in 14th - the latter not bettering his time from FP1. 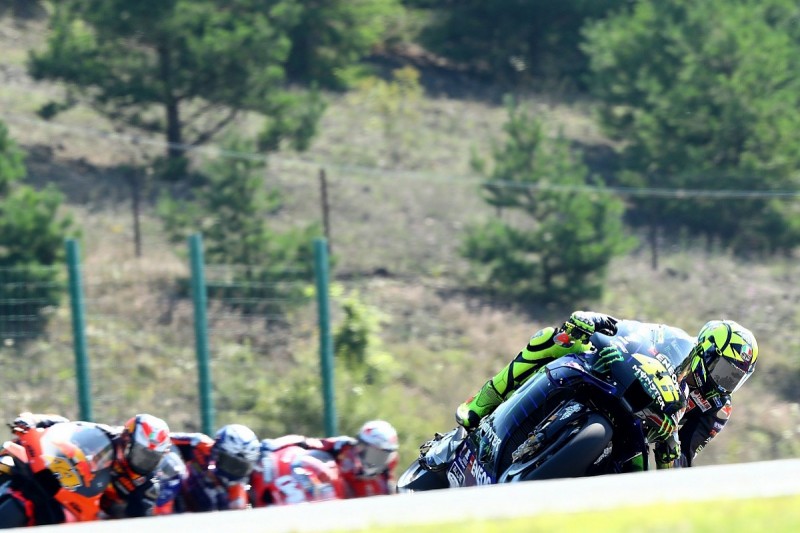 Valentino Rossi was 12th on the sister works team Yamaha ahead of the still-injured Suzuki of Alex Rins, with Alex Marquez 16th on the Honda after suffering a technical issue early in the session.

Marc Marquez's stand-in Stefan Bradl once again propped up the field, some 1.922s off the pace as he gears up for his first MotoGP race in almost a year.

Pramac's Francesco Bagnaia was absent from FP2 while undergoing checks in hospital on a fractured knee suffered in a crash in FP1.

He will sit out the rest of the Czech GP weekend and will be out of action at next week's Austrian GP.