The three-time MotoGP race winner is in the second of his six-race stint replacing the retired Andrea Dovizioso at RNF Racing Yamaha.

Crutchlow qualified down in 23rd and lost further ground off the line at Motegi when a bike alarm sounded warning him of a low front tyre temperature coming out of the last corner on his way to the grid meant he forgot to engage his start devices.

Recovering to 15th, just 19.2 seconds off the race win, Crutchlow was “proud” of his result and believes he could have fought for the top 10 had he qualified and started better.

“Really pleased and proud of my result, considering I got to the starting grid and had some alarm out of the last corner, that the front tyre was not in the right range,” Crutchlow began.

“I panicked and it was so close from the last corner to the starting grid I didn’t press the fucking devices.

"I had no devices on, no launch control, nothing.

“So obviously I got a terrible start compared to what I should have; I actually got a good start without the devices, but I lost places and I was already at the back.

“It took me a long time to pass the other guys, but when I did I was as fast as Jack [Miller]. I had the pace, but I qualified at the back, I didn’t press the launch control devices and I felt really good.” 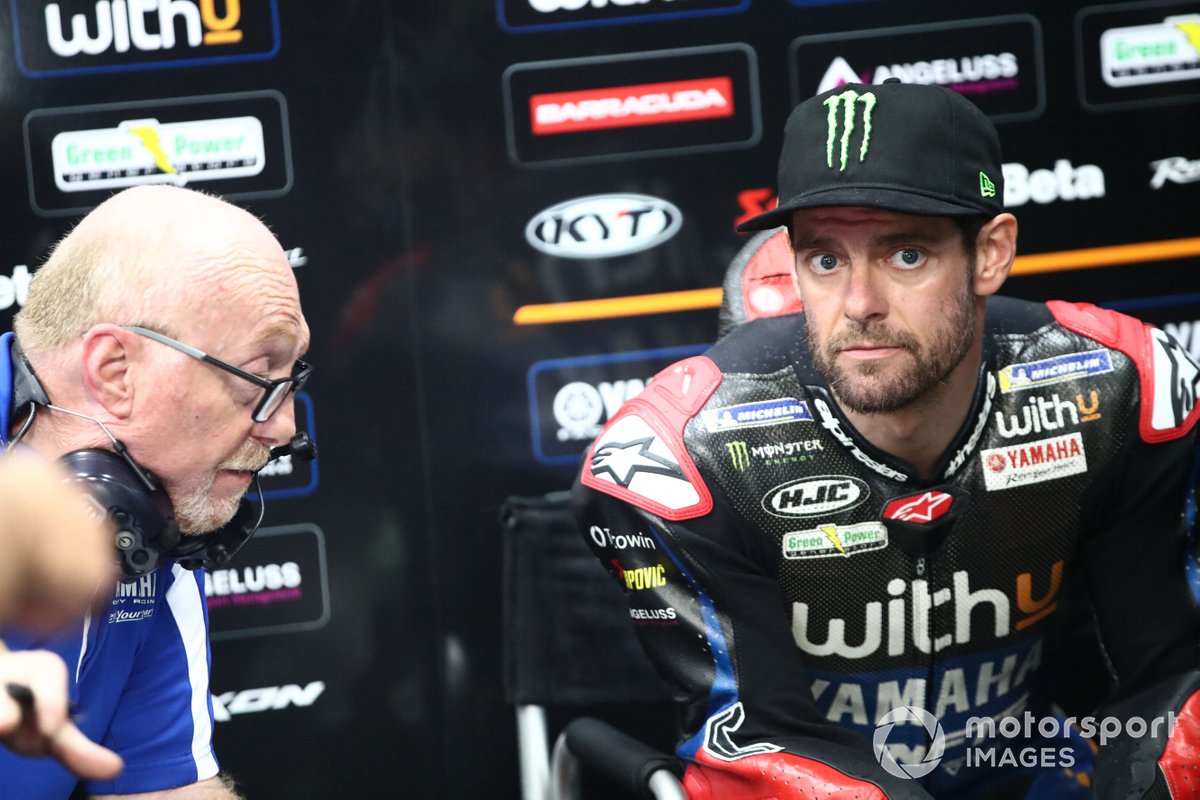 The Briton added that part of his issues in qualifying is that he can no longer “do the balls out laps” needed to be quick in MotoGP now because he is no longer a full-time racer.

“My problem is that I had to come from so far back, and what happens is with the Yamaha it takes you three laps to pass a rider,” he continued.

“At lap 12 I’m in clear air, but everyone you pass is faster than the one before.

“We were catching the group ahead, but I should have finished eighth or ninth easy if I qualified well and if I was able to get away.

“I also felt ok in Aragon and I came here with a positive feeling already. I knew on Friday I was able to be fast over the weekend, but I can’t do them absolute balls out laps [in qualifying] because I don’t race anymore.

“Pol Espargaro did a 1m46s something, and then done a 1m44 on Friday afternoon. That’s just insane to me.”