Zarco is one of four rookies stepping up to the premier class in 2017, joined at Tech3 Yamaha by fellow Moto2 race winner Jonas Folger, while Alex Rins and Sam Lowes join Suzuki and Aprilia respectively.

MotoGP was dominated by the factory Yamaha and Honda outfits between 2011 and '15, but nine different riders won races last season, including satellite pair Cal Crutchlow and Jack Miller.

Asked when he would next be able to perform his celebratory backflip after winning a race, Zarco said: "Nice question and I don't know.

"I'm happy to have a second [Moto2] title and it means to me that the way we work to win is working well.

"I will keep this method and try to adapt as well as possible for MotoGP. 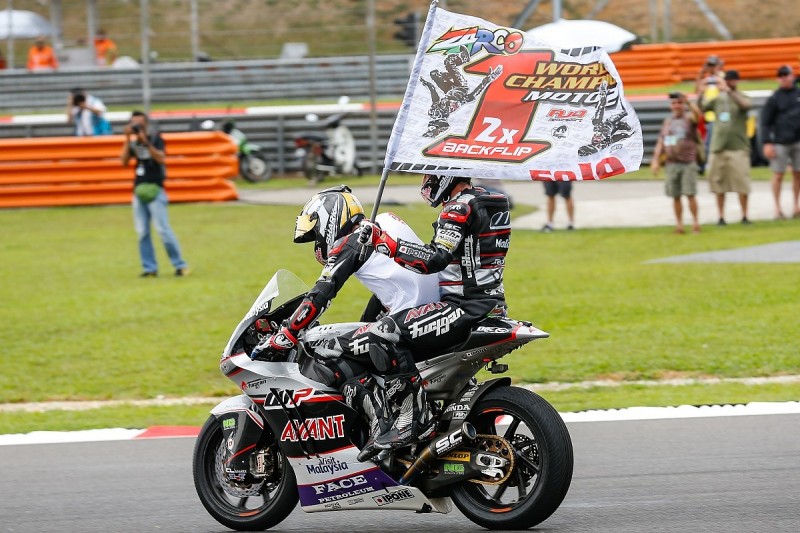 "And, I really don't know [about winning].

"I think it's important that I can keep my dream high and this year in MotoGP there were nine different winners and this gives to the newcomers the best hope for the future.

"So I think keep enjoying it and keep dreaming - you don't know [what might happen]."

Zarco tested with Suzuki at Motegi mid-year, the Japanese manufacturer having held an option on his services for 2017, and rode his Tech3 machine for the first time at Valencia in November.

The French rider's style has been compared to three-time world champion Jorge Lorenzo, and he said he was able to pick out a handful of pointers at Valencia, before testing at Sepang again one week later.

"I had a good reference with Lorenzo and [Dani] Pedrosa," he said.

"They are the best reference for a smooth style and at the moment, coming from Moto2, it's the smooth stye that is necessary to learn."