One of Yamaha's main issues throughout the 2017 MotoGP season was managing rear tyre life, which the team has attempted to fix with its '18 challenger.

But Vinales, who prefers a more aggressive riding style, said his bike's treatment of its tyres had gone too far the other way and that a change to its electronics on the second day of the Thailand test had improved its performance.

"I think we made the bike too smooth, that is the problem," said Vinales, who ended the day fourth fastest.

"We were looking for so much smoothness and we barely stressed the tyres.

"We tend to have a smooth power delivery and I'm probably better off with a bit more aggressive [style].

"Until the last 30 minutes of the afternoon, honestly, we've been doing so many changes on the bike, trying to find the way.

"We changed electronics, we tried to make more easy bike, especially on the beginning of acceleration, and it seems to improve." 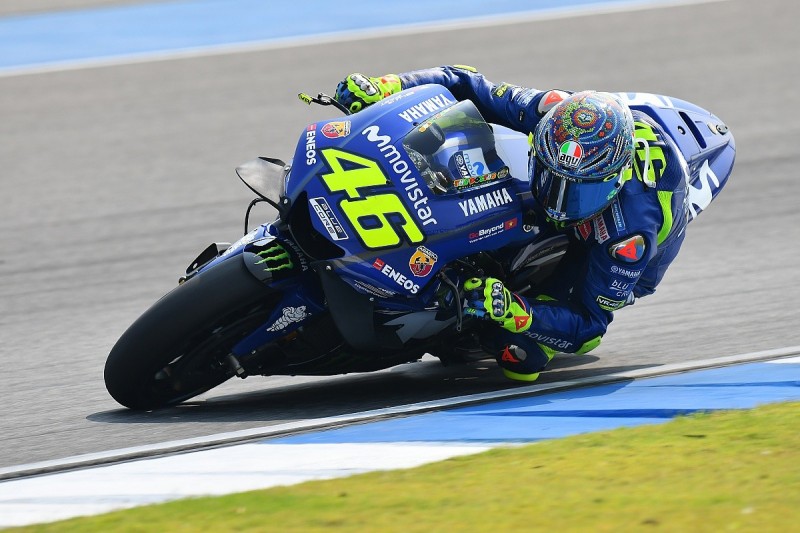 Vinales's Yamaha team-mate Valentino Rossi, who had also been working on electronics in an attempt to improve his acceleration, said he had not found "the good solution".

"It was a difficult day," said Rossi. "We started this morning in quite a good way, I had a good rhythm, I was faster compared to yesterday.

"But after we had a lot of work, we worked a lot on the settings to try to improve.

"We worked a lot on the electronics to try to improve the acceleration. But we didn't find the good solution.

"Unfortunately during the day we were not able to improve [and] I didn't feel very comfortable. We need to do something else tomorrow."