Lorenzo finished no higher than 10th on the first two days at Buriram, but was even further down the testing times on Sunday after running on old tyres and wound up 22nd.

He decided to revert to Ducati's GP17 for the final few hours of Sunday's test, but said afterwards he believes the new bike, which he said on Saturday he still did not feel "comfortable" with, remains the better bet.

"Today has been difficult, [I had] not so much confidence, and I was very far from the first riders," said Lorenzo.

"That's why we decided to try again the old bike.

"[But] if I had to choose at this moment and make a conclusion, I would choose the new bike. We have a bigger potential [with it]."

When asked to specify what he was struggling with on the new bike, Lorenzo replied: "The new ['18] chassis still has negative points that I don't like so much." 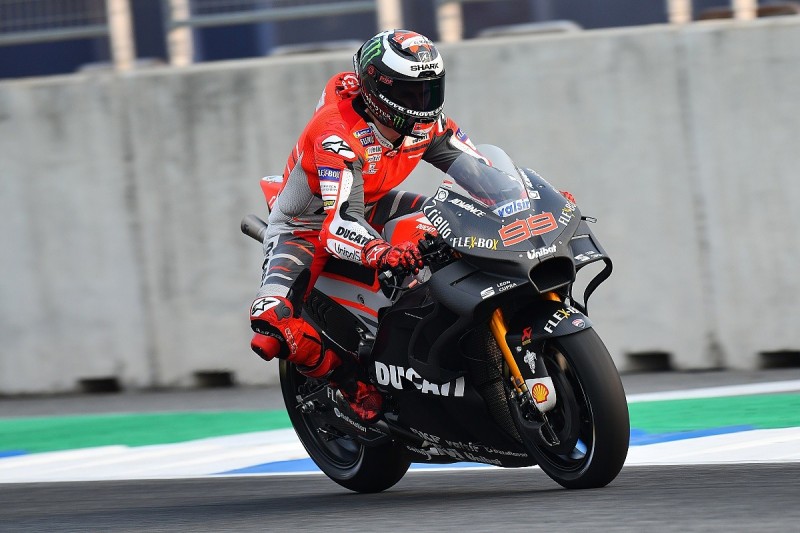 Lorenzo said his lowly position on the timesheets could not be considered representative of his place in the competitive pecking order as he was not on fresh rubber for his fast runs.

"We cannot take conclusions from today because all the riders try to set their lap times in the morning and I was on old tyres," he explained.

"And when I put new tyres I was doing a race simulation, in race mode - you don't ride as aggressively as when you are doing one lap.