Enea Bastianini says overtaking “the boss of MotoGP” Marc Marquez on his way to a maiden MotoGP podium in the San Marino Grand Prix was “fantastic”.

The Avintia rider stormed through from 12th on the grid to end up in fourth spot after the first six laps of Sunday’s Misano race, before charging through to take third and claim the first rostrum of his rookie MotoGP campaign.

Bastianini was enthused by the fact he had to overtake six-time MotoGP world champion Marquez to get to the podium, and admits he did think the win was possible when he started to reel in the leaders late on before ultimately accepting third place.

“Yeah, very cool,” the reigning Moto2 world champion said when asked about the riders he had to overtake.

“Also to overtake Marc, the boss of the MotoGP, it was fantastic.

“And something special [to do] here in Misano.

“When I see this time [to the leaders] I think, 'Okay, I can win!' But after my pace [meant it] was a little bit impossible to win.”

Bastianini concedes he didn’t think a podium was possible after Sunday’s warm-up session, but says he was “really charged” when he was able to pass several riders early on in the race.

“The key, I don’t know because this morning my pace not so bad, but not competitive to do a podium,” he added.

“But during the race something changed and I was really competitive with the braking to enter [the corners].

“I think this was the key and after when I overtook two, three riders, I was really charged and I pushed all to do this podium.” 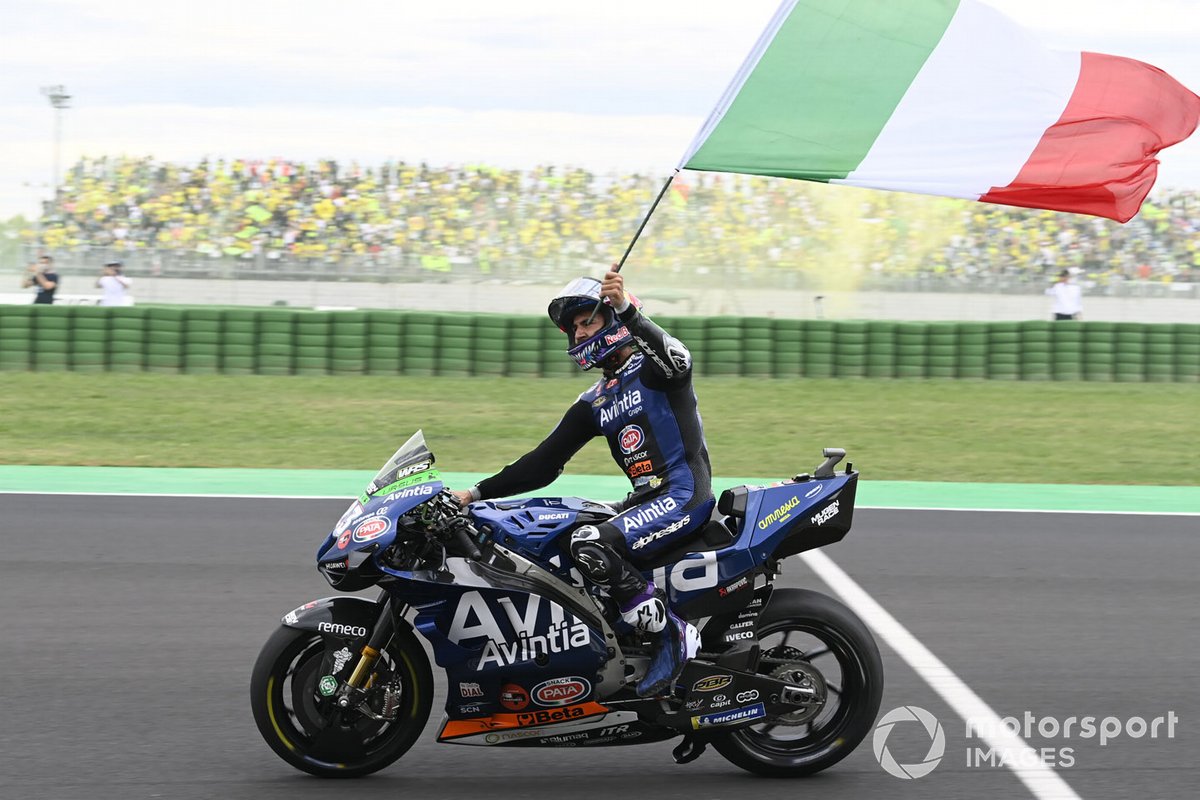 Bastianini is one of only three riders on the current grid not on a factory-supported bike, with the Avintia rookie competing on a two-year-old GP19 Ducati.

But he says across the Misano and Aragon rounds – where he has scored his best results of the season so far – he has been able to adapt to the GP19’s aggression in order to ride much calmer in races.

“My bike has good potential because it’s nice, but it’s quite aggressive because it pumps a lot and also has some [wheelie] in the straight,” Bastianini said.

“But here and at Aragon I adapted my style in this bike, and now I’m more relaxed during my races and I can be fast in every part of the race.”