The Yamaha rider fell from leading the championship after winning at Mugello in late May to scoring just seven points across the following three grands prix and being 48 points behind runaway leader Marc Marquez.

His struggles at Assen and the Sachsenring were particularly visible and shaped by rain and cool conditions, but at a warmer Red Bull Ring he was Ducati's closest challenger, taking third ahead of team-mate Valentino Rossi.

"Very important because it was a black period, the last two races," he said of the result.

"Not so many points and a lot of bad feelings, but finally a good weekend.

"But today, the realistic position if nothing strange happened, third was the maximum."

Lorenzo was forced wide at the first corner by Marquez, but regrouped to lead momentarily in the early exchanges.

While victor Andrea Iannone and his Ducati team-mate Andrea Dovizioso got past, Lorenzo kept them honest and stayed within a second until the last 10 laps. 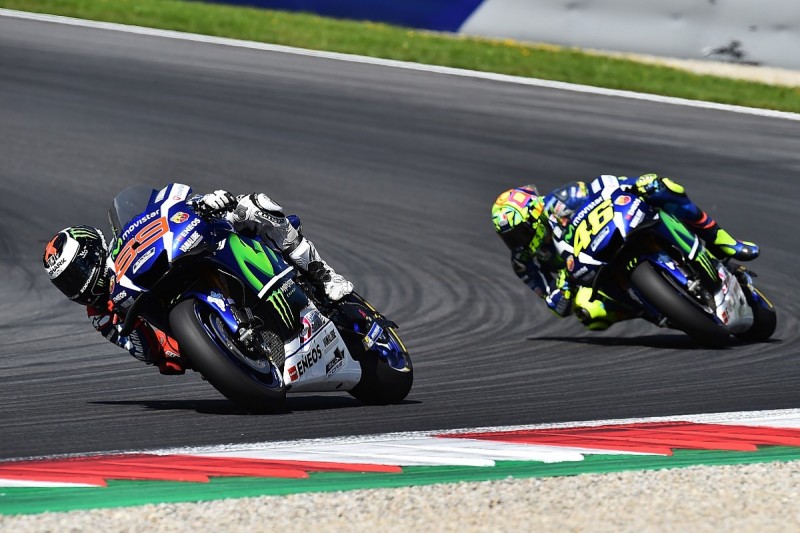 "It was a big surprise and we were not as far from the Ducatis as we expected," Lorenzo said.

"That's a good sign because this track was better for them.

"At the beginning I could be even faster, but I couldn't pass [Iannone] because under acceleration he was faster, and on braking when I was close he braked a little bit later.

"I stayed calm, didn't make mistakes, stayed in second place, but then Dovizioso passed me.

"They increased the pace a little bit, I couldn't keep the same especially on the right [turns], because our tyre started to be destroyed.

"So I had to concentrate just to avoid that Rossi overtook me, and this is what I could do with a lot of effort.

"I could finish in my maximum position today."

With third place, Lorenzo took five points off Marquez's advantage and is now 43 behind with eight races remaining.