MotoGP has announced its two rounds at the Red Bull Ring will be open to full capacity crowds following a relaxation of spectator restrictions in Austria.

A second race at the Red Bull Ring was added to the 2021 MotoGP calendar last month following the cancellation of the Finnish Grand Prix at the new KymiRing circuit.

The Styrian Grand Prix was added as a replacement for 6-8 August, running one week before the Austrian Grand Prix to create a double-header in Spielberg.

In a statement issued on Thursday morning, MotoGP promoter Dorna Sports announced that both Austria races would be open to full fan attendance.

Fans will be able to attend the races if they have been vaccinated, tested or have previously had COVID-19 and since recovered.

“Dorna Sports is delighted to confirm that both the Michelin Grand Prix of Styria and the Motorrad Grand Prix von Österreich will welcome fans back to the grandstands in 2021,” the statement reads.

“Spectator restrictions are being lifted at sporting events in Austria this summer, and the gates of the Red Bull Ring will therefore be open to MotoGP fans who are either vaccinated, tested or recovered from COVID-19.

“Fans will be able to attend the emblematic Spielberg venue at full capacity for both the Styrian and Austrian GPs.” 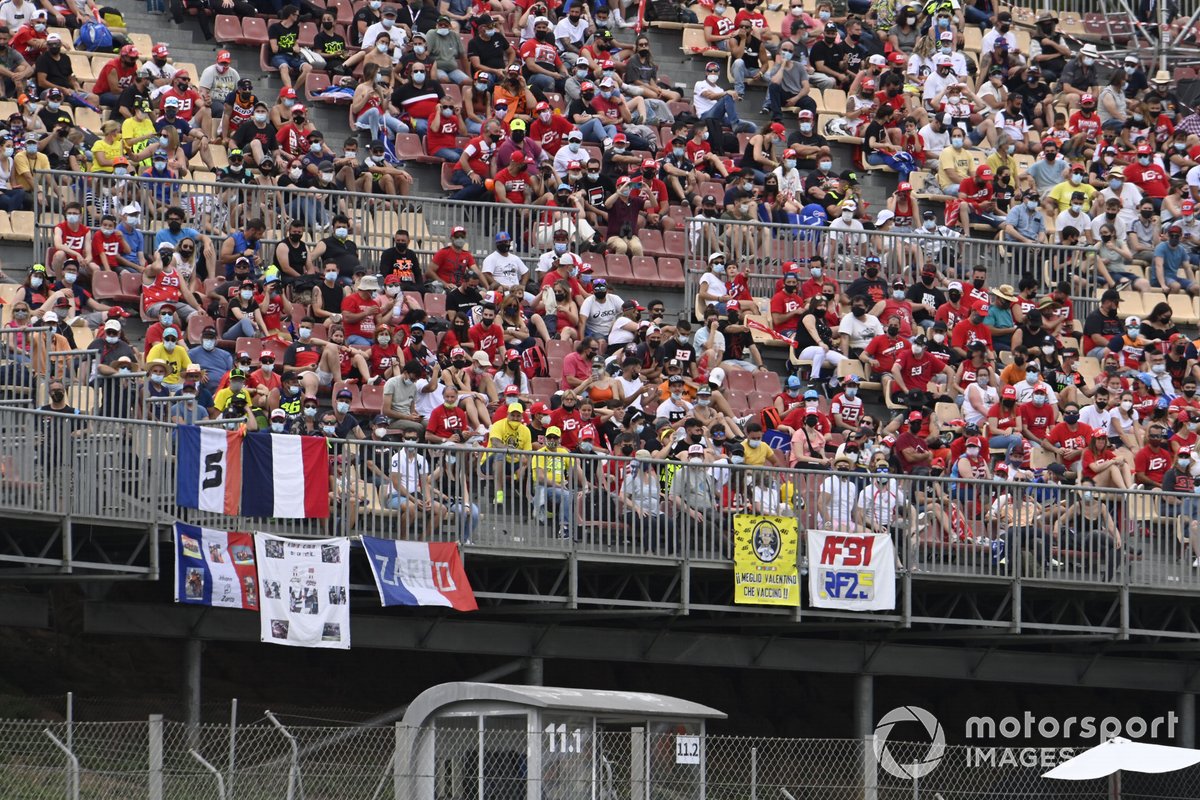 A 20 percent capacity crowd was permitted for the Catalan GP

The statement added that the MotoGP paddock will “continue to operate as a separate COVID-19 safe bubble at both events” in line with operational guidelines.

The Austria races will be the first MotoGP events to run to full attendance since the start of the COVID-19 pandemic, with races having been staged either behind closed doors or with minimal fan allowances. Last weekend’s Catalan Grand Prix in Barcelona went ahead at 20% capacity.

It remains unconfirmed what attendance will be permitted for the upcoming Formula 1 races at the Red Bull Ring, which will also host a double-header on 25-27 June and 2-4 July.

Red Bull F1 advisor Helmut Marko told Autosport/Motorsport.com's sister publication Formel1.de last month that a crowd of 39,000 was being targeted, although this was in line with the previous restrictions.