With its first fully-fledged MotoGP bike delayed in development, Aprilia has essentially been testing in public, and largely down the order with a heavy and underpowered RS-GP.

But having tested at Misano a fortnight before the San Marino Grand Prix, it turned in an improved showing.

Alvaro Bautista made Q2 for the first time this year, and his 12th in qualifying was the best by an Aprilia rider since Colin Edwards started seventh in the 2003 season finale at Valencia.

Bautista, using a new chassis, then finished 10th in the race, two spots ahead of team-mate Stefan Bradl.

"The bike is maturing in many of its aspects, especially in terms of chassis settings," Aprilia racing manager Romano Albesiano said.

"The hard work we have done with the many frame and swingarm solutions, as well as the components we tested recently, is beginning to bear fruit.

"And, most importantly, it confirms that we are moving in the right direction with the developments we will be continuing in the upcoming Valencia tests.

"I hope that this is the start of a phase where we will reap the results of the hard work done by the entire Aprilia Racing department." 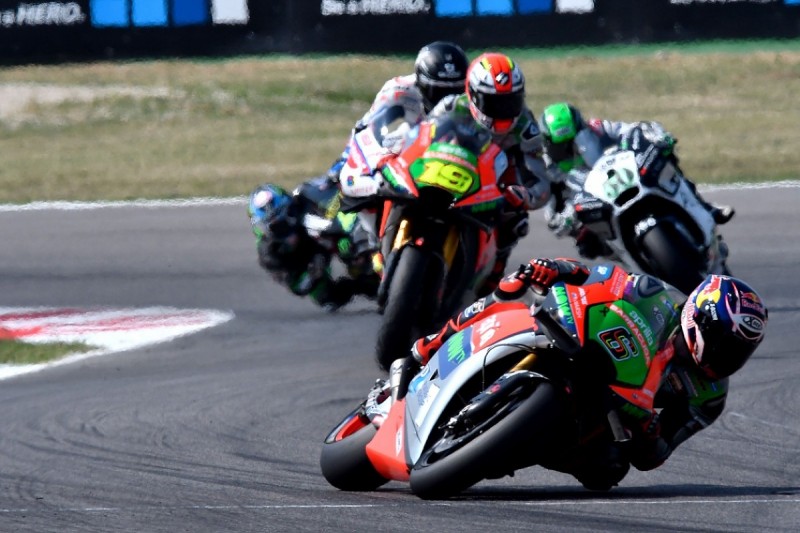 Aprilia has found progress hard to come by so far this season, with a number of updates failing to meet expectations.

While Bradl was still not confident enough in the new frame to use it in the race, Bautista was declared it "a good weekend".

The Spaniard estimates Aprilia has found ways to remove 3kg of weight from the bike so far this year.

"We knew that, despite going through to Q2, it would be a hard battle to get into the top 10 and that is our goal," Bautista said.

"We did a lot of good work finding new solutions for the bike and we improved, so I would like to thank Aprilia and the entire team for that.

"Now we want to continue moving in this direction to improve even more in the next portion of the season."

Suzuki refugee Aleix Espargaro and Moto2 race winner Sam Lowes will race for Aprilia in 2016, with Bautista moving on to Aspar Ducati and Bradl to the World Superbike Championship with Honda.