Aprilia has unveiled the 2018 livery for its MotoGP bike, which will be ridden by Aleix Espargaro and Scott Redding

Aprilia is going into its fourth season in the premier class in collaboration with Gresini Racing, with Espargaro continuing with the team for a second year.

Pramac Ducati convert Redding will make his debut as an Aprilia rider as a replacement for Sam Lowes.

Aprilia racing manager Romano Albesiano described 2018 RS-GP as "an in-depth optimisation and evolution of the concepts" from the '17 design.

"The frame is radically new, as is the airbox, the cooling system and the aerodynamics," he added.

Aprilia had a relatively subdued pre-season with Espargaro taking 14th overall in all three tests and only at Buriram managing to be less than a second off the pace. 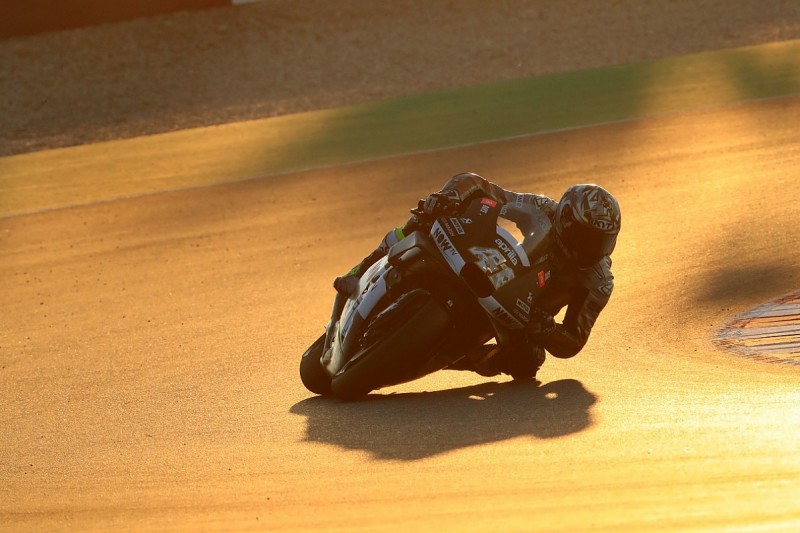 Redding was only 23rd, 18th and 20th at the three test venues but showed improvement by closing the gap to Espargaro from eight tenths at Sepang to three at Losail.

The low-key tests were partly down to the riders using last year's engine, as Aprilia delayed the introduction of the new version until the Qatar Grand Prix season opener.

"The new project's first positive step was the popularity with the riders during the winter tests," said Albesiano.

"They both noticed straight away how much the bike has grown. This reaction is never a given when you introduce such significant changes, but it makes us optimistic for this new MotoGP season.

"I expect this to be an extremely demanding season. The level has been raised even further in terms of both the bikes and the riders on the grid.

"On our part, we have all our papers in order to be contenders."

Aprilia revealing its bike leaves KTM as the last MotoGP manufacturer still to hold an official 2018 launch, which will take place on March 12.